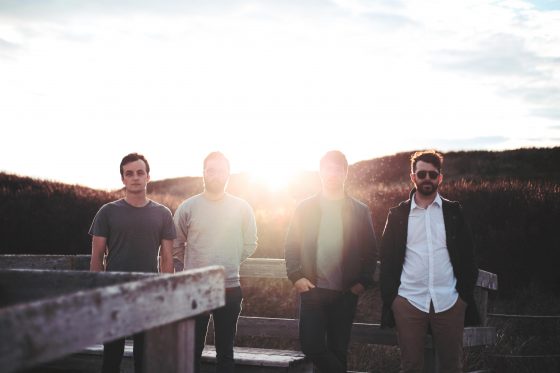 Paper Lions are back in action with their highly anticipated new album Full Colour set for release on September 16th through Fountain Pop Records.  Hailing from the East Coast of Canada the Prince Edward Island natives have an impressive track record culminating in performing at the 2010 Winter Olympics in Vancouver.  Now, they’re back with a brand new song and a cross Canada tour to support their upcoming album.

“My Number” is a glitzy, fun upbeat indie tune that inspires dancing with its subtle 80’s influence introduced at the beginning with shiny synths that come and go throughout the whole track.  When the electronic elements blend together with the electric guitar it bubbles and melts to create this catchy concoction.

Paper Lions will be heading out on tour at the end of September starting in their hometown of Charlottetown.