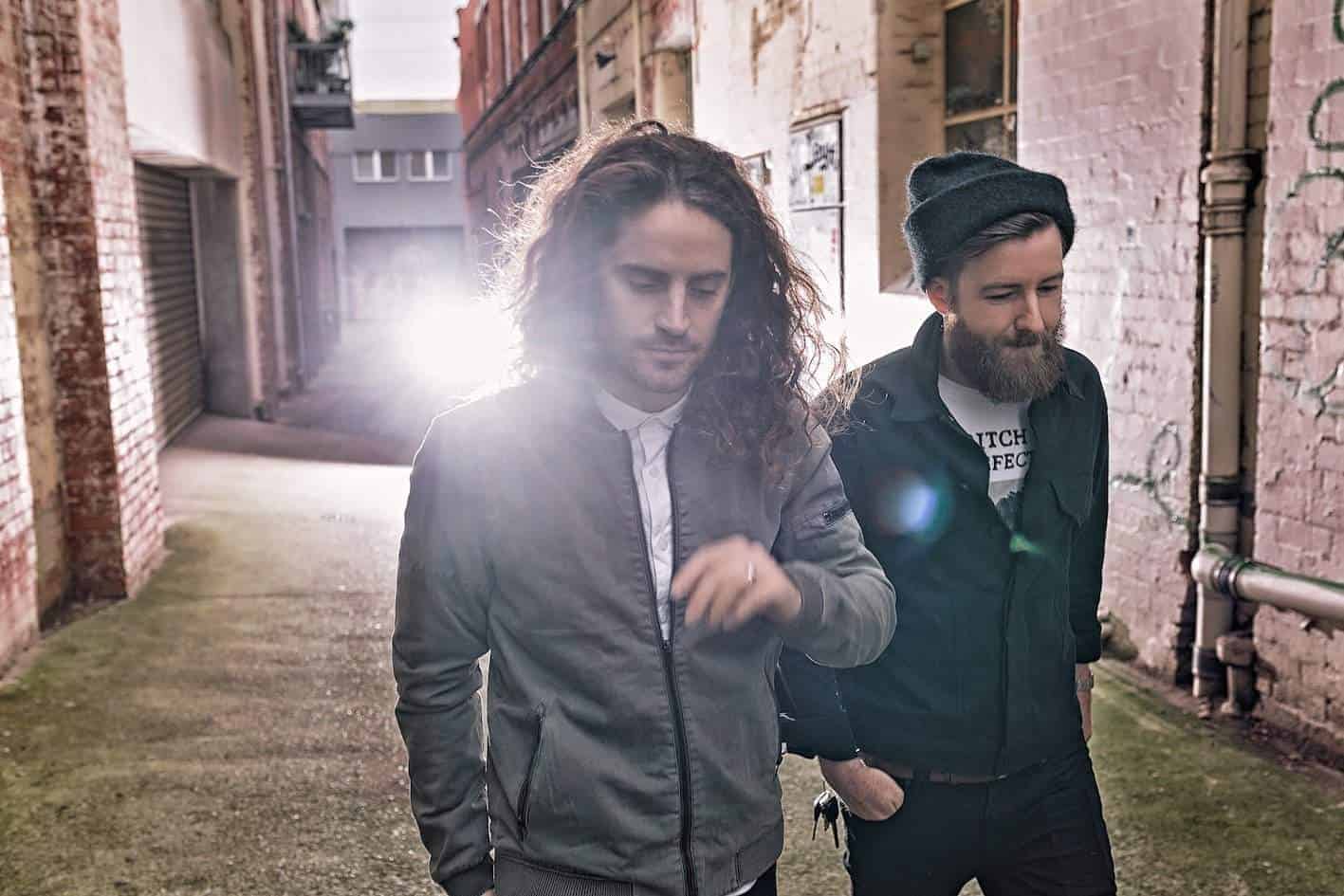 It has only been a year since Aussie indie-rockers Holy Holy released their debut When the Storms Would Come album but they’ve already given us a taste of their sophomore LP, expected early next year, in the shape of new single “Darwinism.” They show no signs of slowing down with Melbourne guitarist Oscar Dawson admitting “We were writing new tunes as the album dropped last year we found ourselves diving headlong into more writing and demoing, ahead of more recording. I generally prefer doing things that way. If things slow down I get restless.”

This particular rolling folk-rock number was actually written in a bathroom while touring for the last album. “I remember we flew up a night early and had a night kicking around in Darwin and it was really interesting and exciting and we walked into this amazing bar and there was a full swing band, a 20-piece swing band, just pumping and people dancing and we had a really great night that night. The next day the band were all sleeping in the hotel and I was keen to play so I locked myself in the bathroom and was jamming and wrote this little riff and saved it on my phone as ‘Darwin Idea’, and we kind of developed it more and more with the band and Oscar wrote a horn section and a piano section and stuff but the story of the song as well is kind of about evolution of a relationship so we kind of ended up sticking with that title.”

It carries on the lavish and expansive guitar-heavy sound of their first album, infusing in hints of psychedelia and country for that added, foot-stomping dynamism. However, frontman and Brisbane-native Tim Carroll has said the next album looks to move away from this sound and experiment more: “Sonically, I had been an acoustic songwriter before and some of that was still hanging around in the first record but I think we’re moving away from that more in this record.” “There may be drum machines but we’re still in the process of recording parts of the album. We’ve got three songs done including “Darwinism” and experimenting more with synthesisers,” guitarist Oscar Dawson added. The shift can in part be attributed to producer Matt Redlich (Emma Louise and Ball Park Music).

Prior to next year’s album release, Holy Holy will no doubt be teasing fans at live shows with new music and have a number of European shows in the next few months.