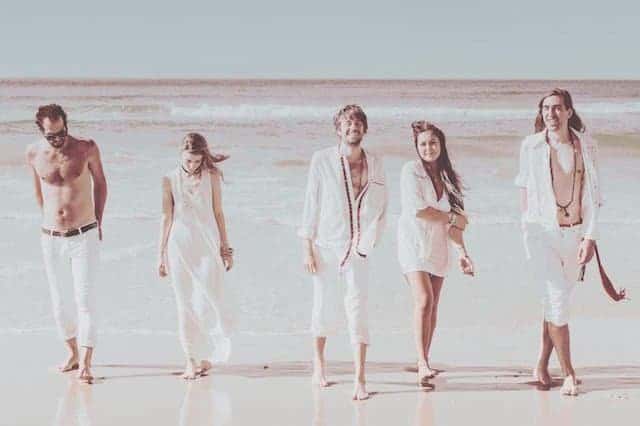 Just when the end of the summer was beginning to creep up on us, Crystal Fighters manage to recreate those festival vibes and keep us away from reality a little while longer.

The London based group have delivered “All Night,” the first track from their forthcoming third album, which is due to be released this October.  The record is not only their first album since sophomore offering Cave Rave but also the first since the passing of drummer Andrea Marongiu in 2014.

The band do no wait around to show us exactly what to expect from the LP. “All Night” is a track that bounces from start to finish. As if concocted in a laboratory, the song displays the perfect arrangement for a carefree, singalong upon grassy knolls all over the world. By singing timeless demands throughout the chorus to “Party all night, party all day” we have a song that thrusts onto you to join in with the crowd with its infectious simplicity.

Crystal Fighters do not redesign the wheel with their latest offering. However, it would be remiss to think that they were attempting to do so. It retains that infectiously upbeat signature sound refined throughout their career. Galloping ukuleles, steel drums, and subtle Paul Simon inspired rhythmic chanting insure that you tap your foot along regardless. They have delivered a song that is bound to be loved by their forever growing fanbase and is destined to be a live favorite for sure.