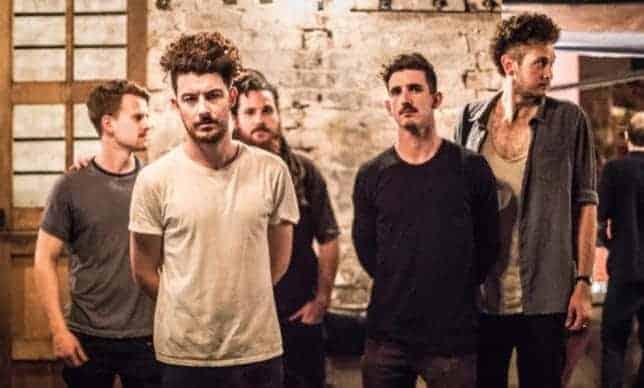 EUPHORIA.‘s favorite Aussies, Castlecomer, are back with the second track off of their upcoming EP, All of The Noise. Their new single “Judy” follows their earlier released track “The Noise” and parallels nicely with Castlecomer’s new moody rock vibe. The quintet, made up of siblings and childhood friends Bede (Vocals), Tommy (Guitar), Neely (Keys), Joe (Bass), and Patch (Drums) made their return in 2015 with viral success from their hit “Fire Alarm” after parting ways with their label.

Growing from their earlier releases, “Judy” has a more psychedelic, southern-rock type feel compared to “The Noise” or “Fire Alarm.” Think bass-heavy, bluesy rock like tracks from early Cage the Elephant or The Black Keys. A high-tempo guitar is paired with moody bass strums and funky lyrics to round out this new release. This song follows the same theme as many of their other works. “Judy, what you do to me hurts,” is the main lyric throughout the track, an ode to an all too familiar heartbreak from those we love.

Castlecomer played a series of concerts on Australia’s east coast back in May, but have not put out any future tour dates so far. Rumor has it they are spending a few months in the US – whether it is to play live or just a trip for some inspiration is even more unclear. One thing for sure, however, is their EP, All of The Noise, is due out this fall.