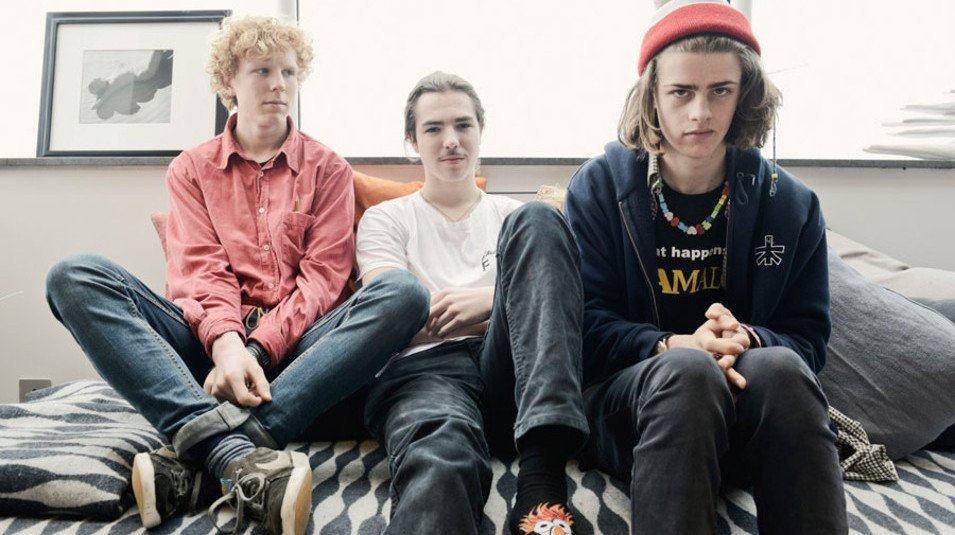 Hampshire trio Blaenavon first appeared on my radar a couple of years back. It feels like they’ve been around for quite some time, balancing music with their schoolwork. Up until now, “Prague” from their 2013 debut EP Koso has probably been my favorite track but new single “Let’s Pray” may have just stolen that title.

With their usual set up of guitar (Ben Gregory), bass (Frank Wright) and drums (Harris McMillan), the teenage band know exactly how to play to their strengths. Crisp and shiny guitar, sprightly bass and a tireless percussion line with equal parts of thunderous kick drums and light hihat to keep everything ticking over are staples of Blaenavon tracks and “Let’s Pray” is no different. Meanwhile, on the vocal front, singer Ben Gregory’s signature warbling and downtrodden delivery compliments the song’s morbid yet worryingly addictive mantra: “Let’s pray, let’s pray, let’s pray for death.”

Having recently completed the recording of their debut album with Grammy-winning producer Jim Abbiss (Arctic Monkeys, Adele, Bombay Bicycle Club), “Let’s Pray” is the second taste of the as-yet-unscheduled record following April’s sultry offering, “I Will Be The World.”

Blaenavon gear up for their biggest headline show to date at London’s Scala on October 14th with festival appearances and support shows alongside The Sherlocks and EUPHORIA. favorites The Hunna.