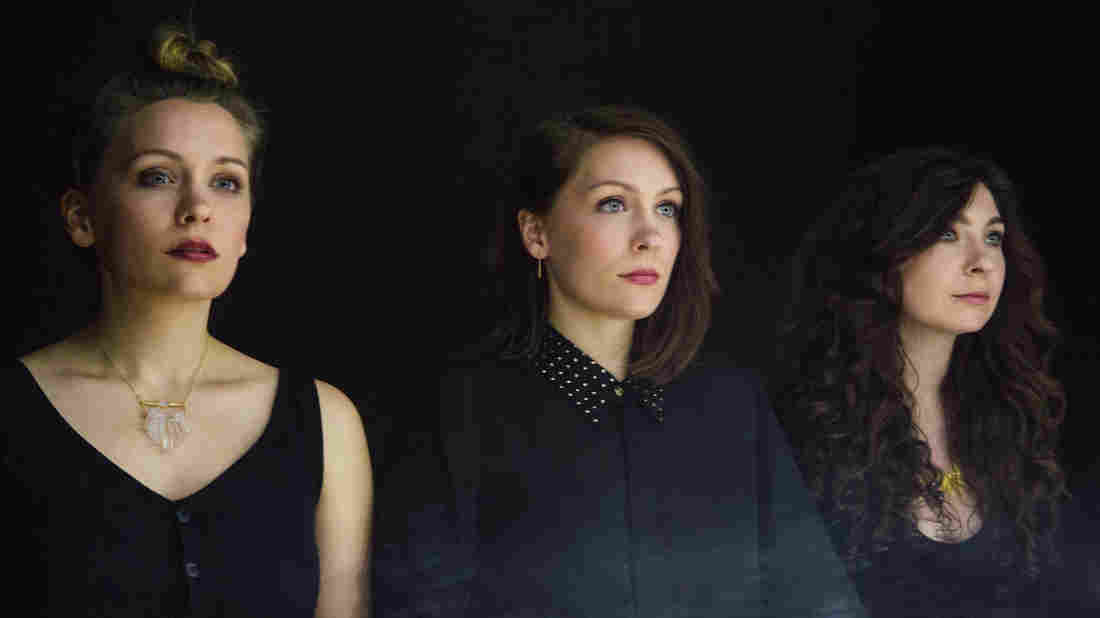 How do you respond when your emotional truth is incongruous with perceived reality? In other words, when you feel alone, even though you’re in good company? These liminal, indelible aspects of our experience are the stuff that the band Joseph spins songs of. Composed of three sisters (they named the band after their grandfather), Joseph marries deft folk harmonies with a pop sensibility, and the result is beautiful.

I’m Alone, No You’re Not isn’t particularly groundbreaking, but it’s definitely a good listen. The sisters’ voices melt together, lead vocals cushioned by subtle “ooohs,” strung with piano rhythms and a percussive strum reminiscent of other girl groups such as First Aid Kit.

Allison, Meegan, and Natalie Closner bring diverse sensibilities to the group. The musical influences that they cite vary from Carole King to Death Cab for Cutie. That breadth seems to not only mesh them together more effectively, but also adds depth and sophistication to their music. It’s elegant, rather than wispy.

The album was produced by Mike Mogis (Bright Eyes, Jenny Lewis), and has already received critical acclaim. The group was featured on NPR’s “First Listen” program and have also been named a 2016 Spotify Spotlight artist. They will be embarking on a tour of the US and Europe in the fall, including playing Bonnaroo, Glastonbury, Sasquatch, and more.

“I could surrender but I’d just be pretending. No, I’d rather be dead than live a lie,” runs the chorus on “White Flag,” the lead single of the album (not to be confused with Dido’s overplayed pop gem). This concern with authenticity and emotional honesty is a recurrent lyrical theme. Love is portrayed as something that takes work and time, literal “Blood & Tears,” and isn’t always worth it. But when you have a set of talented siblings behind you, at least you get a song out of those rough patches. And that is sometimes purpose enough.