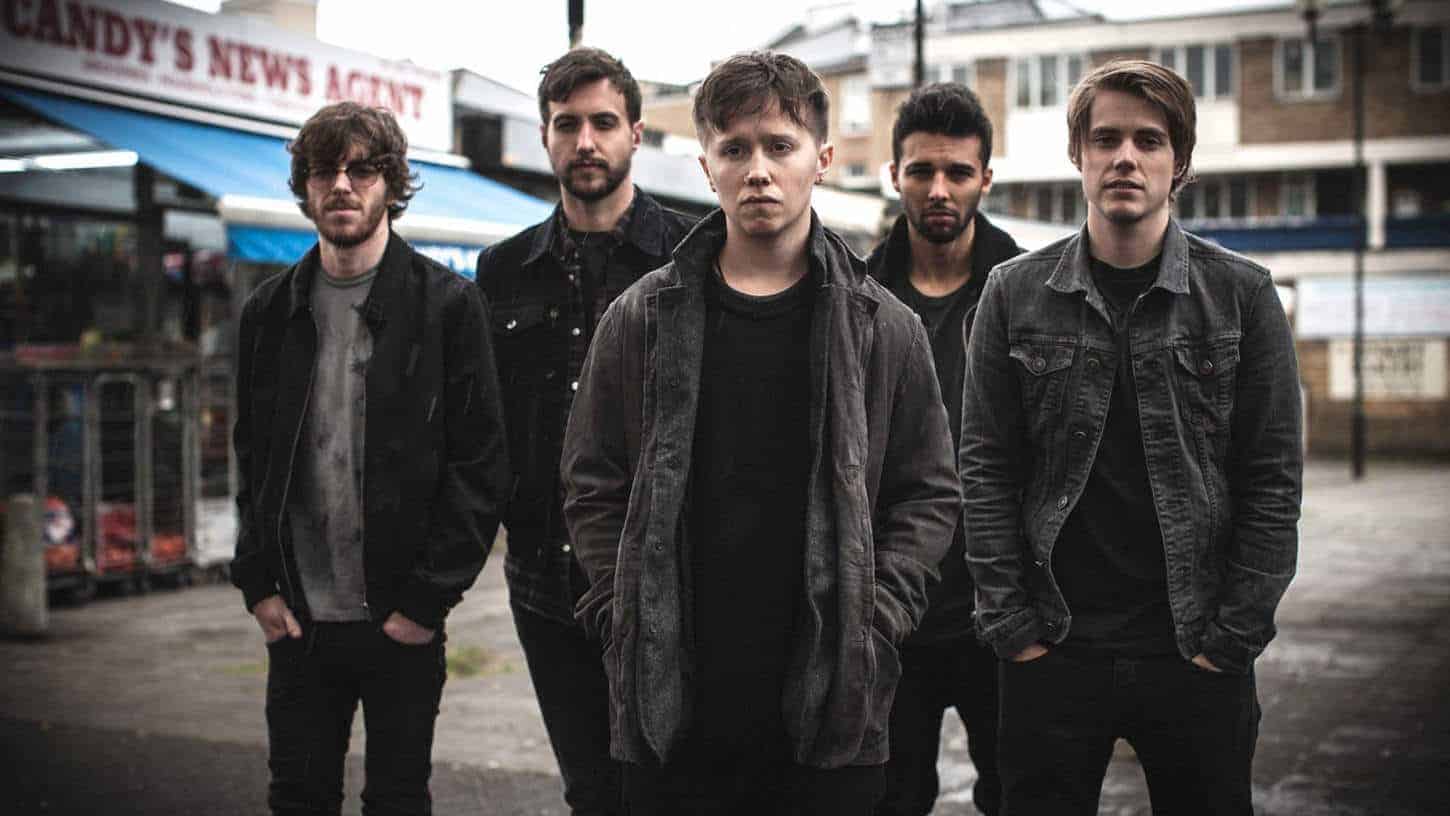 Nothing But Thieves – The Velvet Underground

It was my first time Toronto’s The Velvet Underground and, being a big fan of Alanis Morissette, I was looking forward to being in the venue that held the release party for her Grammy award winning album, Jagged Little Pill.  The cloudy purple stage lights illuminated the intimate atmosphere silhouetting the crowd that had already begun to gather in front of the small stage blurring together to look like a watercolour painting.

With little knowledge of the first two opening bands I kept an open mind when Weathers, who recently featured on our rotational playlist (subscribe here), took to the stage.  The quartet from L.A really got the show started with their eclectic indie pop/rock infused sound.  Cameron Boyer’s impressive jumps into his falsetto resonated well with the band’s overall sound, not too heavy hitting and not too soft finding a good balance in the middle.  The frontman’s quirky moves introduced their most popular song “Happy Pills,” having recently released the music video, and he successfully had the whole crowd dancing with him through the catchy chorus.  These boys are on the cusp of big things and definitely a band I would keep my eye on in the near future.

Now, when I picture Texas I don’t believe I’m alone in thinking of cowboy hats, Willie Nelson and American football so imagine my surprise when The Unlikely Candidates took the stage.  These southern rockers squashed every single stereotype.  With vocals reminiscent of Brendan Urie from Panic at the Disco!, frontman Kyle Morris had the crowd wrapped around his fingers as he and his bandmates thrashed and flailed turning this venue into a proper rock show.  The dynamic of the electric and the acoustic guitar was a welcome dynamic and definitely added an extra element to their overall sound especially during “Howl” when Cole Male’s slide guitar encouraged their Texan routes to shine through and add that little bit of Southern twang to the upbeat rock song.

Their performance was hot, sweaty and immersive as Morris walked through the crowd singing right in our faces declaring that he was gaining some new fans tonight and he definitely wasn’t wrong.  Considering I wasn’t too familiar either of these bands upon arrival I was absolutely floored after their performances and I couldn’t help but think that maybe the opening acts had stolen the show.

I figured that British rockers and the night’s headliners Nothing But Thieves would have to put on an absolutely stellar performance to compete with our southern neighbours and they did.  I had listened to Nothing But Thieves’ debut self-titled album countless times absolutely enthralled by Conor Mason’s vocals and wondered if it were at all possible that he could actually replicate it in real life and I was not disappointed.  His tone gives me slight Matt Bellamy (Muse) vibes but with his own music Mason makes it personal and never falters.  During “Painkiller” he effortlessly belted out the edgy chorus and in “Lover, Please Stay,” his control and lengthy notes had the crowd swooning.  His voice is immeasurable and I’m so glad I had the opportunity to hear him in person.  Although the five-piece band looked a little cramped on stage they created the illusion of space with their memorable, and at times haunting, performance backed by the pale green and white lighting reflecting the image of their album cover.  Closing the show with their hit single “Trip Switch,” that has been playing on radio stations across the world, cemented the fact that the London band has made a name for itself in the Great White North.  They’re coming back in October to support Canadian alt-rockers July Talk for some of the dates on their cross Canada tour and that is going to be a show I’ll be hard pressed to miss.