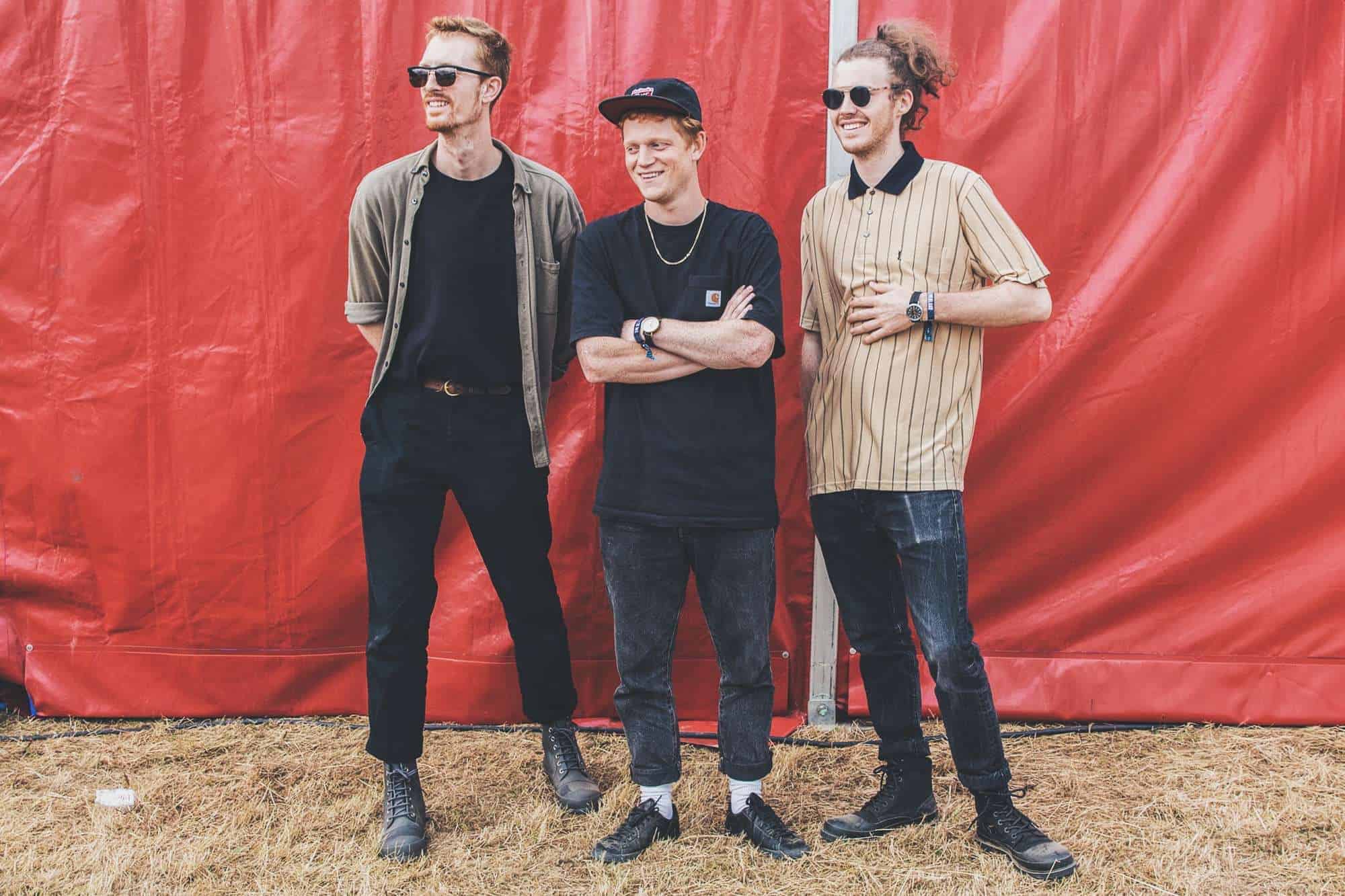 We caught up with Beaty Heart at LeeFest to talk about the release of their newest LP, Till The Tomb.

How did you get into music?

Josh Mitchell: Well, these guys played drums together at school. I guess we started playing in bands together growing up, we’ve known each other for quite a while, but when we moved to South London to study, that’s when we decided to form a band almost as an outlet for all of our other creative things we were doing.

What were you studying? Did you stick with it?

JM: We were studying the arts.
Charlie Rotberg: I mean, we finished!
JM: Yeah, we didn’t drop out.
CR: Well, almost. It’s still quite a big part of what we do anyway because we do our own artwork and visuals.

If you had to explain your sound in three words, what would they be?

Your new album Till The Tomb just came out, are you happy to have it out in the world now?

CR: Yeah! It’s nice to kind of bookend this period for us. It’s kind of been in the wings for a while, we finished it probably nine months ago, it’s been ages, it was just held up by logistics. We also thought it had quite a summery feel to it, plus now is just a good time to release a record. It’s exciting that it’s out and people can actually hear it.

What are your tour plans following the release of Till The Tomb?

JM: We’re doing a few more festivals, and then a US tour in September. We’re going from the top, dipping into Canada I think, and then heading down.

What’s the first song people should listen to if they’ve never heard you before?

CR: Flora I think.
JM: Yeah, I think that’s why we released it first and why it’s first on the album. It’s just because that’s the one that we feel represents us the best.

What were some of the influences behind Till The Tomb?

CR: This record was written in lots of different places, and often remotely, because Josh actually lives in Stockholm. That definitely played a big part in it.
JM: For this one, we sort of wrote it separately and then came together in the studio. It’s just the process that we’ve done, I don’t know if it’s the best way.
CR: I think it’s a much nicer process.
JM: I think when you’re in that beginning phase of writing music having too many creative minds can be fruitful, but it can be a bit restricting, so sometimes it’s just better to get the core of it done before coming together.

CR: Is it cheating to say pizza? I think that’s probably the right answer.
JM: Yeah, me too. You could fit all the nutritional things you need as toppings.

If you had ultimate celebrity power, what would be on your rider?

JM: Squid ink to cook stuff in. A hob and stuff, nice pans.
CR: Puppies, definitely puppies. That would be great before a show.

What’s one thing nobody knows about you yet?

CR: At night we turn into dogs. Yeah, like werewolves.
JM: James actually turns into a hippo though.