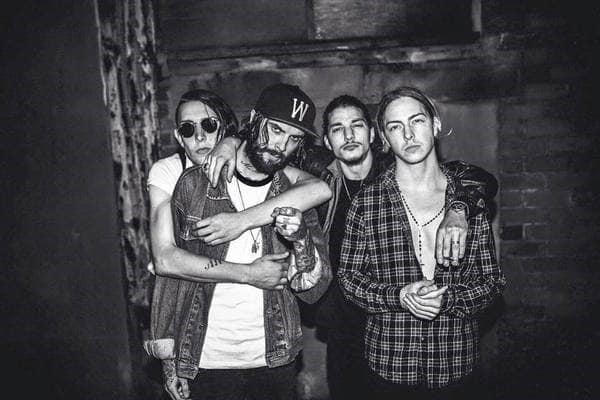 Hertfordshire four-piece The Hunna have unveiled a brand new video for their crunching latest single “Bonfire.” Well, we say video – what we actually mean is they had a bloody good party and somebody filmed it. Beer pong – check; piñata – check; confetti cannons – check… and one epic soundtrack? Check!

The band burst onto the scene last year and have amassed over 3 million streams on Spotify across heady tracks such as official debut “You and Me” and this latest offering. From the frantic guitar lines to the unrelenting percussion and beyond-human levels of energy in the vocals, “Bonfire” is a carefree indie-anthem built for shouting along to with the pre-chorus chants of “We don’t know which way to go, we don’t know which way is home” dropping into “And we blew up like a bonfire. Fire! Fire!”

It is no wonder, then, that The Hunna have also built an impressive live reputation – selling out their debut 12-date tour earlier in the year before heading stateside for a US tour last month. They return to their native UK this summer for an appearance at Reading & Leeds before another headline tour in September.

Having already received the first airplay of “Bonfire” this week via Annie Mac on Radio 1, the rock quartet also announced the release of 100, the band’s debut album, on August 26th via High Time Records.