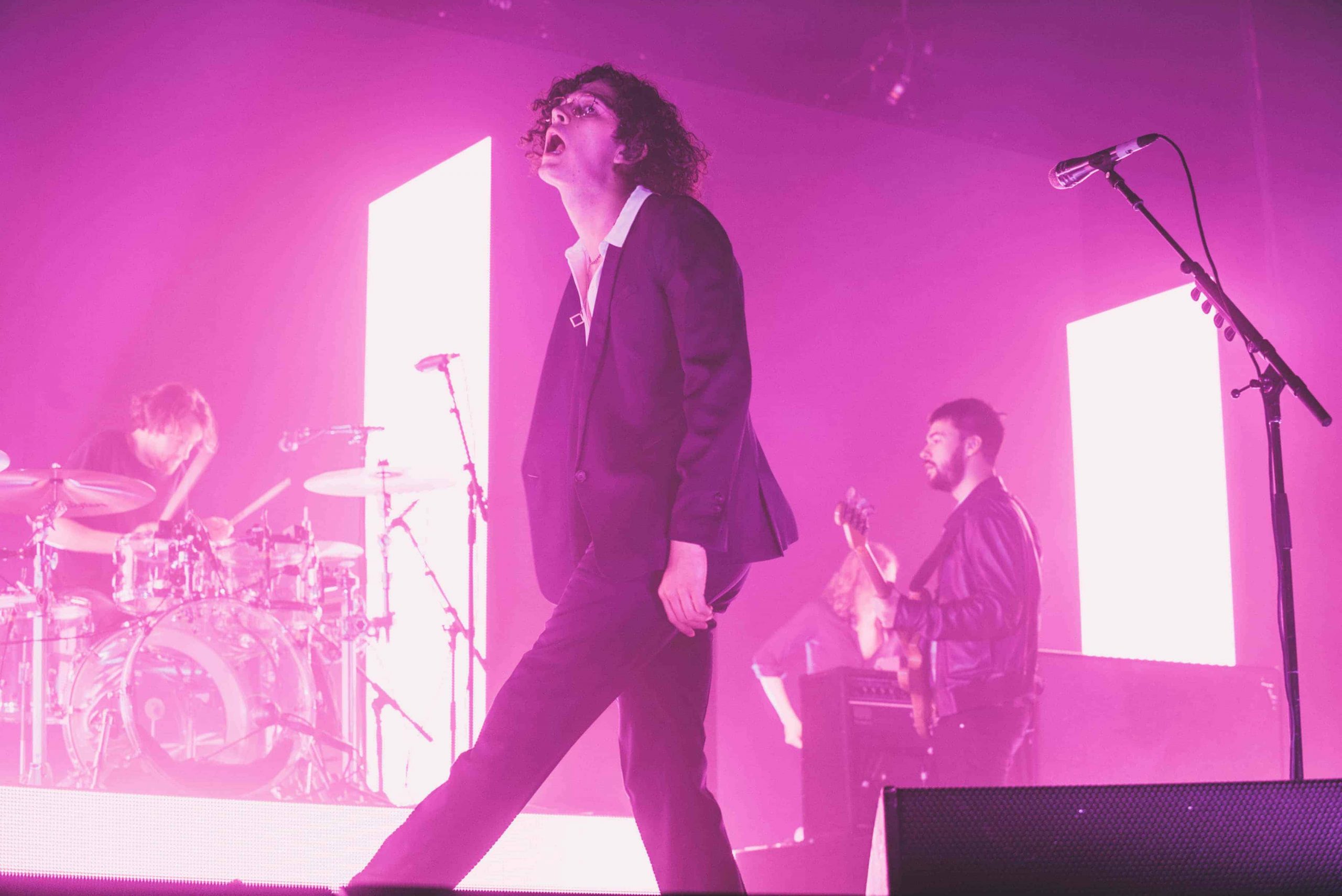 In 2013, The 1975’s popularity grew immensely with their self-titled debut album. Consisting of Matthew Healy, Adam Hann, Ross MacDonald, and George Daniel, the four have gone on to producing their wordy sophomore album, I Like it When You Sleep, For You Are So Beautiful Yet So Unaware of It. Known for their signature anthemic, 80s funk/pop sounds, The 1975 have surprised us on this album with more slowed down and intimate songs as well, such as “Somebody Else”, which they have just released a video for.

The video picks up from their previous one, “A Change of Heart”, as frontman Matthew Healy transforms from his clown get-up to his normal black and leather ensemble. He picks up his belongings and heads out into the dark and desolate town with his skateboard. The track begins, and the video changes from black and white to color. Viewers can easily perceive that the quality of the video is indeed cinematic and well-produced.  What seemingly appears to be a standard music video slowly turns into something no one ever expects: Matt Healy in a “Fight Club-esque” scenario. We follow Healy through a series of events in the “Lynchian London night” as he grieves over heartbreak. Angelically singing lines such as “I don’t want your body but I hate to think about you with somebody else. Our love has gone cold, you’re intertwining your soul with somebody else”, give us a good idea of the rough stage he’s in. The video showcases the cliché after effects of drowning in your sorrows and alcohol: karaoke-ing and acting a fool at a local bar, wandering and hooking up with a stripper, and getting into fights with other night-goers. Don’t be mistaken about the production, though. We soon see a change in the story once we see Healy having sex with himself and overseeing himself getting beaten up by strangers and getting into song at the bar. Healy’s performance in the video is striking and convincing, as he not only is a singer, songwriter, and musician but also what looks like a could-be actor in the works.

“Somebody Else” is directed by Tim Mattia, with the treatment written by Matthew Healy. Their concept was simple but allowed viewers to dissect and analyze it on their own. It follows Healy “struggling with self-obsession in the face of heart-break.” The 1975 will be on their world tour this fall.