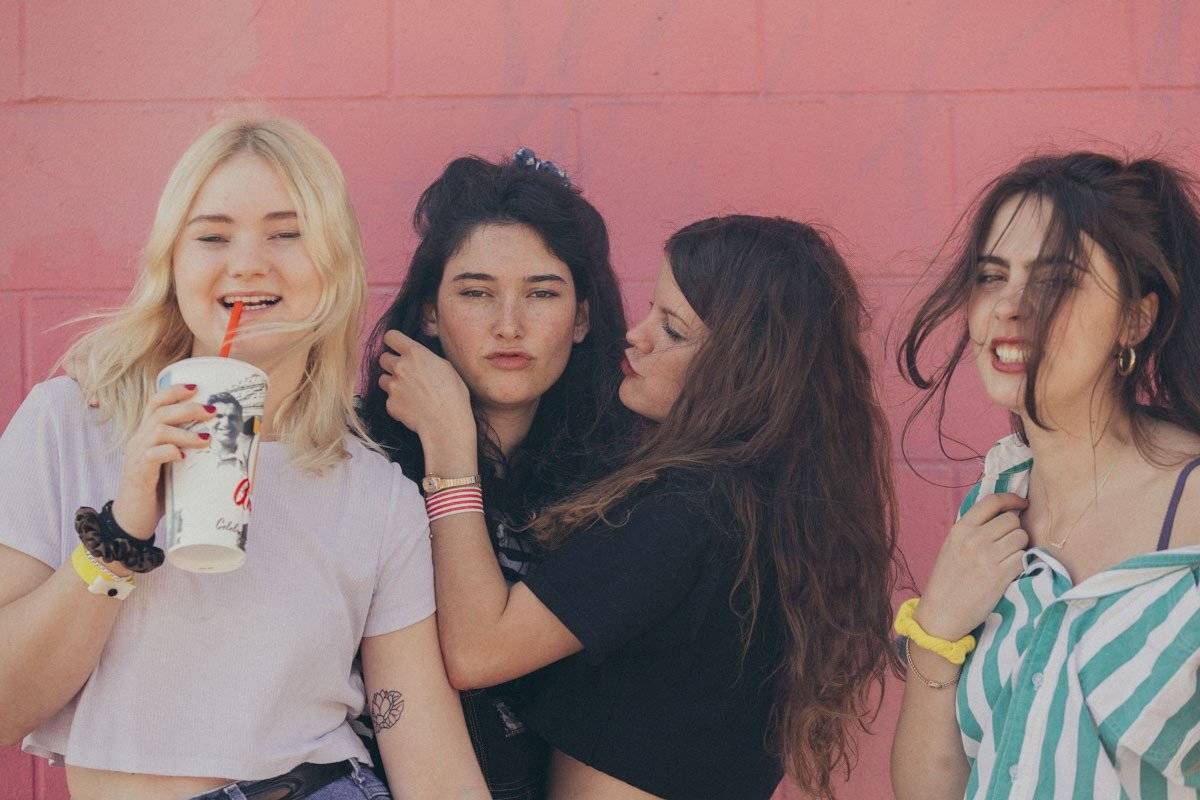 Spanish indie rock group Hinds, reveal their latest music video for new song “Warts” and it is nothing short of fierce and vibrant. The band consists of Carlotta Cosials, Ana Perrote, Ade Martin and Amber Grimbergen, and “Warts” is their fourth single taken from their debut album Leave Me Alone. Right from the start, Hinds definitely gave me Haim vibes – all of which are badass ladies to look out for in the music world.

The video follows Hinds and a boy, as they observe his infatuation with someone totally wrong for him. The girls act as his right-hand squad, keeping him in check and giving him warning signs of his evil new girlfriend. “Warts” is without a doubt a colorful video; each room and kimono the ladies adorn are bright and complimentary. Don’t be fooled by its aesthetically beautiful visuals. The video slowly escalates into something reminiscent of a Kill Bill setting. Viewers will see the femme fatale sabotaging Hinds, killing them off one by one in different, morbid ways. We can all thank director Pedro Martin-Calero for the stunning shots in Barcelona and the unique storyline of the video. I think it fits the song very nicely. When discussing the concept and lyrics of the track, Hinds ask “have you ever seen a couple that shouldn’t be a couple? Have you ever seen your friend’s girlfriend’s warts before he does? In love like in war it ain’t no rules. And she knows. She knows it well… She is gonna beat him bad, but he only hears parabarabaraba”. They’re just a good group of girls looking out for others’ hearts! I am a huge fan of their lyrics and concept of the video.

As the video is released, the girls continue to take over the year with success. They are trekking on to playing a myriad of festivals and have tour dates booked until the end of the year.