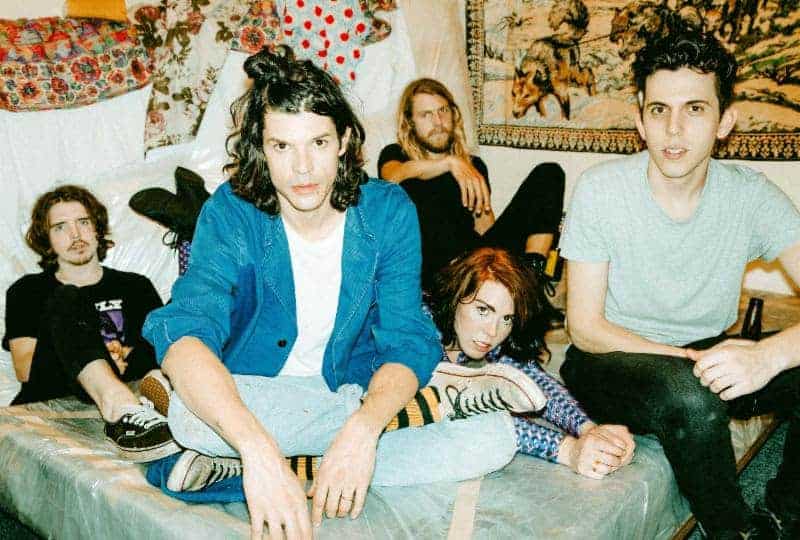 Grouplove – Welcome to Your Life

A whole lot has changed since we saw the last incarnation of Grouplove. They’ve been all but off the grid since the release of their successful second album Spreading Rumours in 2013. They have been keeping themselves very busy, however. Vocalists and masterminds Hannah Hooper and Christian Zucconi brought their first child into the world and split their time between taking care of their new daughter and holed up in the studio making music.

The first result of that studio time is new single, “Welcome to Your Life.” It’s easy to guess based on just the title alone what the song is about, but Grouplove are so good at defying expectations.

It contains lyrics heavily embedded in the imagery of their daughter, with lines such as “Like a shot in the dark I’ll carry you home” and “Welcome to your world, my girl.” Word is that you can even hear a sample of baby Grouplove’s voice if you listen closely.

This is where they strike a delicate balance on the song. The lyrics are sweet, personal, and meaningful. But the song itself keeps the Grouplove spirit alive – vast, youthful, upbeat, dripping with guitars and energy. The duality of Hooper’s delicate voice in conjunction with Zucconi’s raspier tone is the signature touch that makes their music instantly recognizable. Their respective styles don’t compete like you would expect two such different sounds to, but flow together quite nicely.

Accompanying the song is a whimsical, visually active music video. It fittingly centers around the classroom, with the main character being a little girl. As she sits at her desk, she is exposed to the wonders of life through various projected images of everything from love and family, to the ocean and space. It’s all about discovery as the girl learns about the world and its cultures. This seems to be a theme in “Welcome to Your Life,” and will likely show up on the album as well.

While the band aren’t in contact with the little girl, you still get the sense that they are involved with her development. The entire video is a direct parallel to the experiences of a new parent raising a child and making decisions on what that child should be exposed to. It is about figuring out how the world works, and the fact that it can be a positive thing. This is very characteristic of the always exuberant Grouplove.

The LA band are gearing up to release new album, Big Mess, on September 9th, and it will continue the narrative of personal lyrics about the couple’s new chapter. With all the changes, there is so much territory to explore, which will no doubt lead to a rich album with that lovable Grouplove flair.

Nothing has stopped Grouplove from getting out on the road. They are launching a huge US tour this fall, and have already been previewing their famed live set at the odd festival.