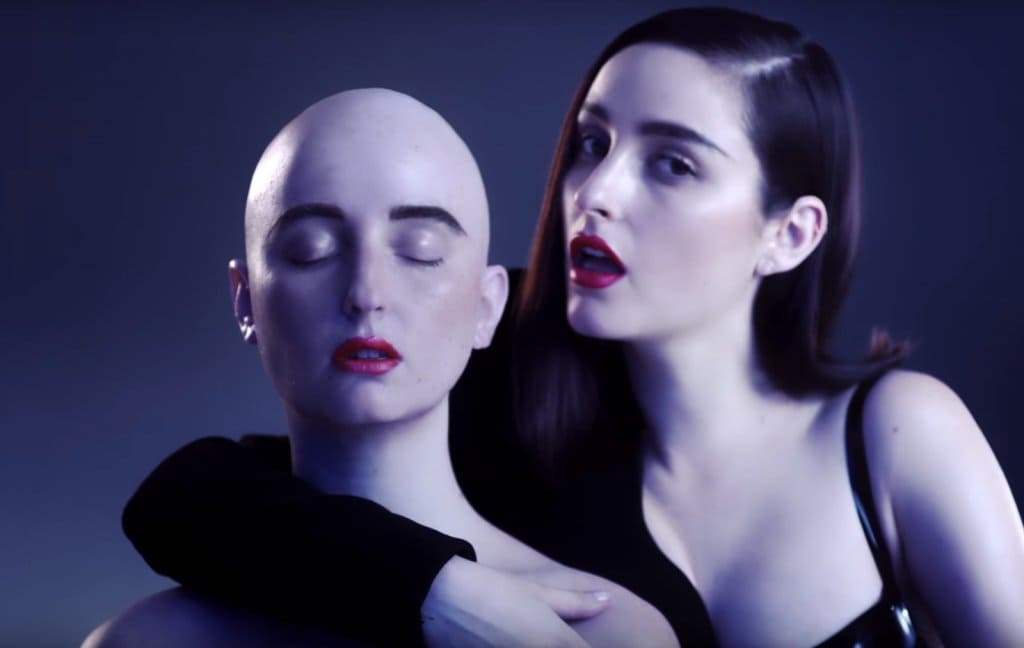 Banks – Fuck With Myself

In 2014 Banks took the world by storm with her debut album “Goddess” and now she’s back with her new single and video for “Fuck with Myself” from her forthcoming sophomore album set to drop in September.  It’s the same Banks we all know and love, the one who pushes the boundaries of R&B and melts it together with electronica to create this mixing pot of new age pop sound.  “Fuck with Myself” is a sleek and smooth track accentuating the playful cadence Banks implements into her phrasing.

The song is relatively minimalist with a punctual drumbeat that keeps the tune whole as well as Banks’ signature haunting voice and her stacked harmonies layered in all the right places.  The track is certainly empowering and we can assume that was the singer’s intentions as she said explains, “this song is about being your own best friend, your own mother, and your own lover.”  Who can truly take care of you better or worse than you?  I feel like this song is a double edged sword.  Yes, it’s empowering and you feel like a badass with your headphones in walking down the street like you can’t be fucked with.  However, on the other hand it also implies that no one can tear you down, or hurt you better than yourself and that’s certainly true.  There is a scene where Banks is staring at her reflection looking significantly vulnerable surrounded by broken glass.  At one point she rises to oppose the figure pushing the mirror and pushes right back creating some sort of necessary balance.

The video’s intro is like something out of a horror film with several ballerina mannequin dancers all sharing the singer’s visage.  During an interview with BBC 1’s Zane Lowe discussing the origin of the song Banks talked about how she “was diving into fear.” Perhaps she wanted to revisit those initial feelings behind where the song came from and begin the video paying homage to that.  The main focus of the video seems to be the way Banks berates, pokes, licks, kisses and strangles the bust of what looks very much like the singer.  These interactions escalate towards the perilous conclusion where Banks successfully lights the bust on fire ultimately killing it.  Throughout the entire video she’s got this dangerous look in her eye that exudes that “don’t fuck with me” attitude and now it’s clear that the only person that can fuck with Banks is Banks.