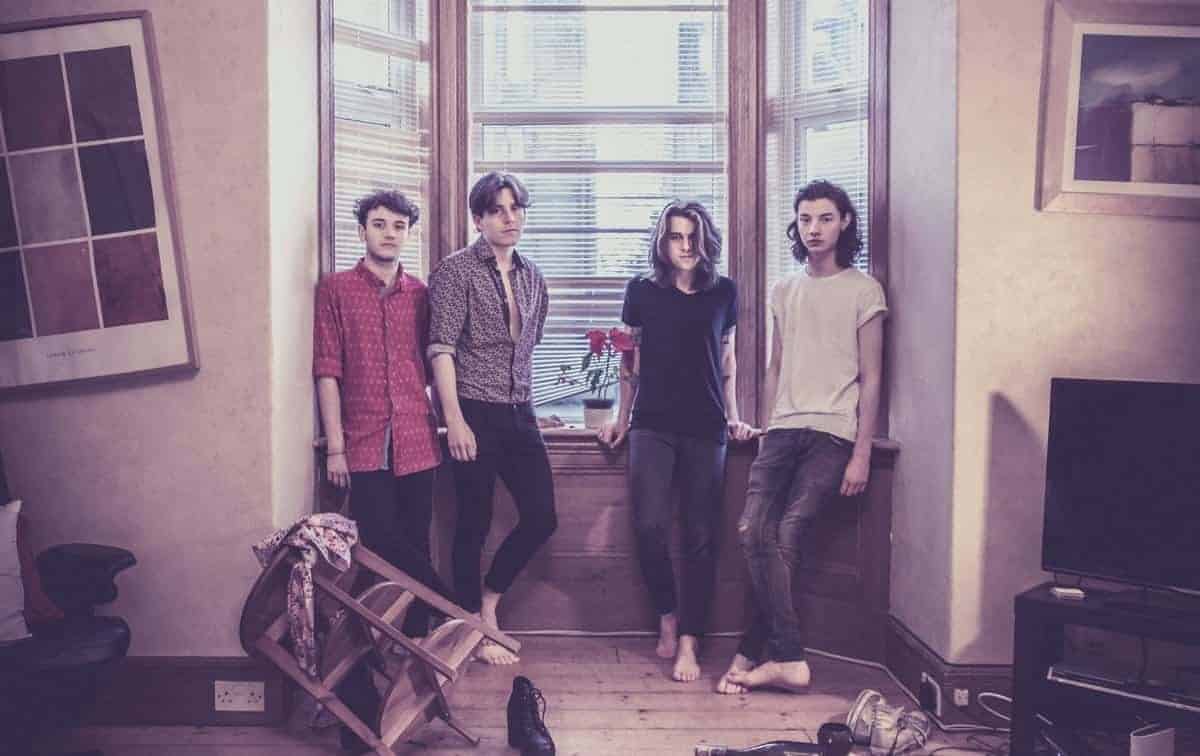 The video is inspired by television shows such as Top of The Pops and The Word and serves to showcase the band playing live but in a fun way. It was conceived, filmed and edited over just one weekend with band members Ben Buist, Grant Irvine, Kieran Smith and Rory Fleming-Stewart enjoying the creative freedom of such self-production.

Available digitally now via Island Records, “Whatever Dress Suits You Better” is lifted from their acclaimed debut Something Like Heaven EP released earlier in the year. That followed the likes of energetic singles “Electricity” and “Club Low” which saw their unapologetic pop flair receive support from the likes of Annie Mac and Huw Stephens on BBC Radio 1.

Having previously played at T in the Park and The Great Escape, Model Aeroplanes will be appearing at Electric Fields and Kendal Calling this year as well as renowned European festivals such as Indiependence in Ireland and Bergenfest in Norway.