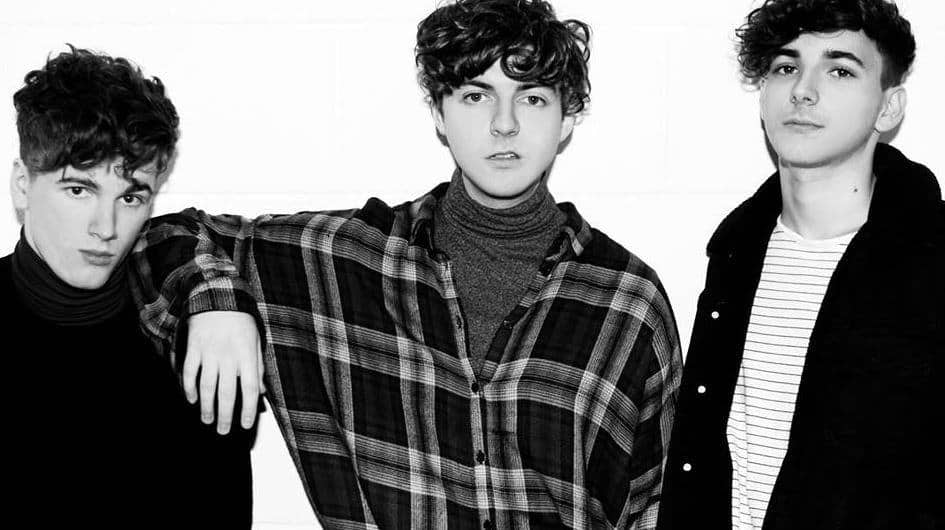 I’m not one for conspiracy theories but someone must have slipped something into the water supply in Glasgow because the Scottish city has recently become a breeding ground for some glittering indie-pop magic as newcomers Twin Pines prove.

Gearing up to release their debut “Young Heart” single, they follow in the footsteps of citymates and EUPHORIA. favorites like Prides, Chvrches and WHITE with their synth-infused melodic pop. And that’s not to mention the vocals harboring a hearty Scottish accent which everyone knows is impossible to not mimic when you’re singing along at the top of your voice – think Twin Atlantic and Biffy Clyro. The track is a charming introduction that was penned by the trio as a mantra to break the chains of a toxic relationship.

Twin Pines’ loyal fan base in their native Scotland will no doubt have seen new additions to the ranks following their debut Glasgow show which saw them support The View at the O2 Academy. Their next big live date will see them venture half way across the world to the Philippines next month to appear at In The Mix festival where they’ll share a bill with The 1975 and Panic! At The Disco.

Having signed to New York label, The Enigma Corporation, at the back end of last year, debut single “Young Heart” will officially be released on August 12th.