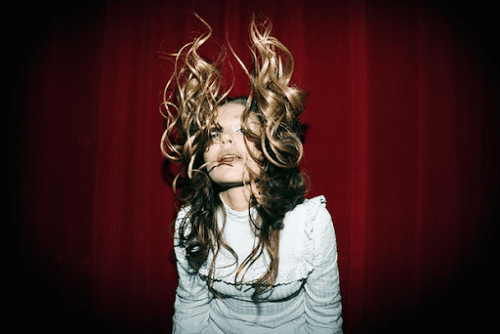 Tula – Another Kind of Red

After a few sporadic teasers of her music, Berlin-based Tula is finally here with her bold new single “Another Kind of Red.”

One of the main draws of the song is minimalist backdrop, made up of small, synth-y pings that form a soft tune. You can almost see the little pockets of noise floating around the soundscape. The bubbly noises give the song a certain kind of ambience – imagine something that was recorded in a Swedish lighthouse. That’s exactly where “Another Kind of Red” was born, and it’s easy to pick out the oceanic influence.

The production of the song is not only very enticing, but gives a nice avenue for the vocals to flow through. Her words are soft and thoughtful. The lyrics borrow from a letter Tula once wrote to her father, making them quite personal. These elements make “Another Kind of Red” intriguing in and of itself, but Tula has some tricks up her sleeve. The chorus introduces a drum track, immediately giving the song a new sense of volume. Just a few simple additions to the tracking and the feeling changed completely. The emotion of the song comes pouring out, mainly through the vocals, and solidifies the real intricacy of the song.

The high production level can be partially attributed to collaborator Klas Åhlund, a producer who has worked with the likes of Kesha, Britney Spears, and Katy perry. Interestingly, the pop tendencies of those artists don’t bleed through to Tula’s song. The production is absolutely unique to her songwriting style. Through both simple and complex sounds and somewhat dense lyrics, Tula has truly created something special in “Another Kind of Red.”