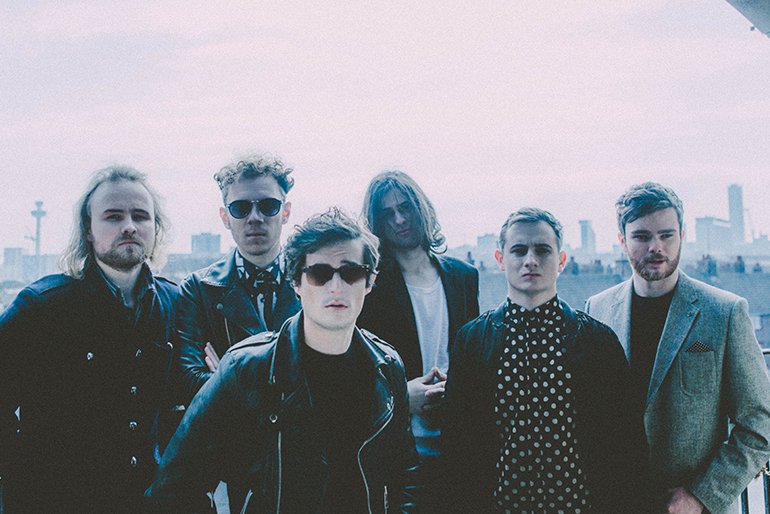 With a sumptuous guitar line reminiscent of indie classics such as Jet’s “Are You Gonna Be My Girl” or Iggy Pop’s “Lust For Life,” The Jackobins’ new single “Hasty” is a festival-ready anthem perfect for soundtracking their busy summer schedule.

The track follows the successes of previous singles “Waiting On The Sun” and “One More Chance” which saw the band championed on national radio 6Music and RadioX. Singer Dominic Bassnett explains this latest song is about “the futility of chasing something that you don’t really need.”

Formed in 2014, the Liverpool six-piece were tipped for big things in 2016 by Fred Perry Subculture. Already big in their hometown, The Jackobins are hoping to make a name for themselves and their gritty indie-rock further afield. “Hasty” perfectly showcases their penchant for ripping guitars, deafening percussion and vocals that switch between swaggeringly lazy and thunderously tight. All in all The Jackobins have all the hallmarks to be a great contemporary rock band rooted firmly in the classics.