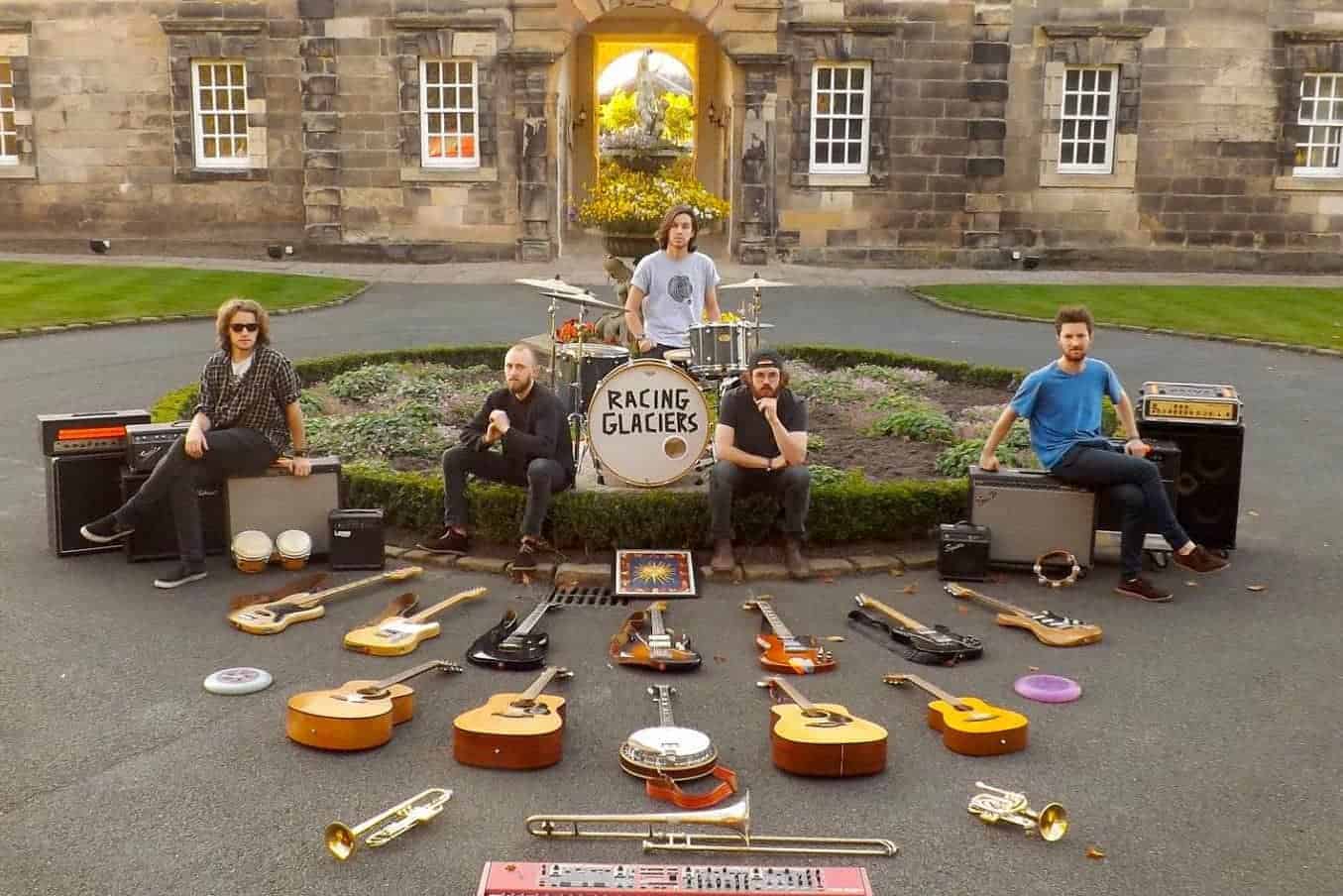 Macclesfield quintet Racing Glaciers unveil “Patient Man” ahead of the release of debut album Caught In The Strange, released on August 5th via Killing Moon.

From the driving rock of “First Light,” which featured on the Transformers 4: Age of Extinction movie soundtrack, to the soaring post-rock ballad “What I Saw,” the quintet have been building a strong reputation for themselves and their elegantly crafted offerings. They have received support from several BBC DJs across Radio 1 and 6Music as well as appearing at notable festivals such as Liverpool Sound City, The Great Escape Festival, London Calling in Amsterdam and Berlin Music Week.

Having completed a colossal 35-date headline tour at the end of last year and now with a debut album on the way, this new cut is further fuel for the excitement around Racing Glaciers. “Patient Man” is best described as a consummate blend between the expansive soundscape of Arcade Fire and the much more hushed and intimate narrative of Frightened Rabbit. Building slowly but surely in two waves throughout the five minute epic, frontman Tim Monaghan’s vocals are almost spoken as much as they are sung with an increasing (and ironic) impatience above the flickering flurry of guitar, drums, keys and resonant backing vocals. Once again we’ve found ourselves swept off our feet in true cinematic fashion.