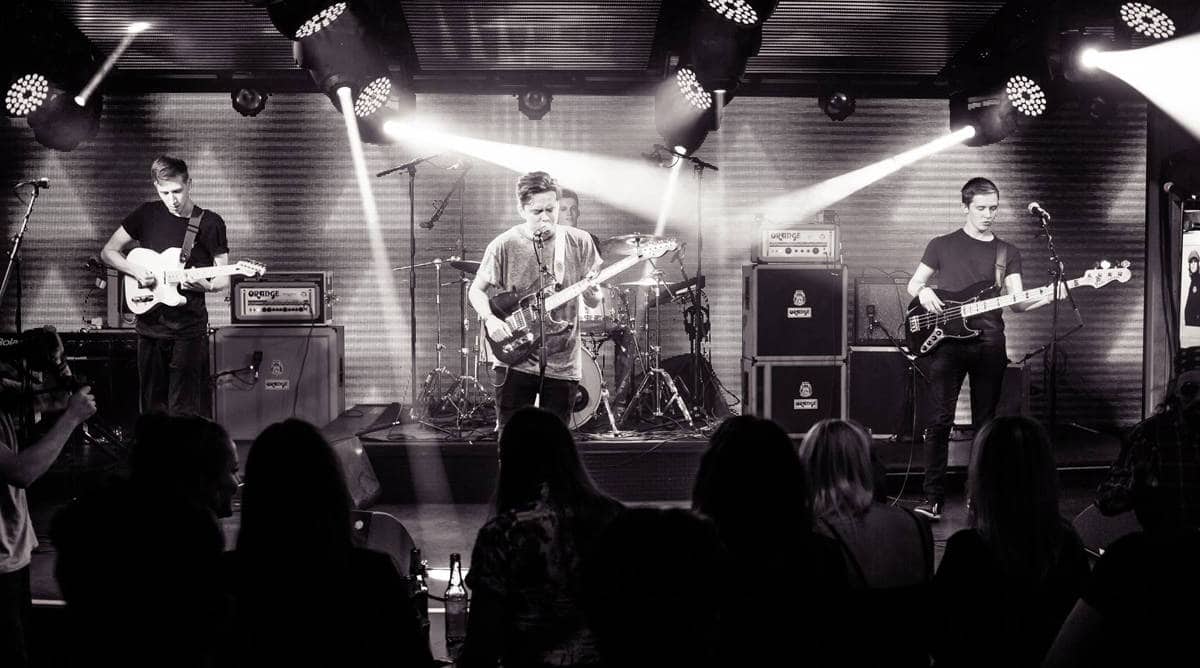 We don’t know much about London-based Luna Bay and we don’t really need to – new single “Colours” does all the talking for them.

Newcomers Connor O’Mara, Rye Milligan, Sammy Penniston and Alex Ross formed last summer and are all students at the British and Irish Modern Music Institute (BIMM) which lists James Bay, The Kooks and George Ezra among its successes. A year together is starting to come to fruition with the quartet having crafted themselves an anthemic yet ambient rock number with a distinctive vocal line and scorching bursts of guitar that, at times, sit contently in the background carrying an intricately picked melody and, at other times, rise to the forefront in epic style.

As well as attracting attention and discussion from numerous record labels, Luna Bay will be making their first festival appearance this weekend on the BIMM-sponsored Arnie’s Stage at Y Not Festival in Derbyshire.