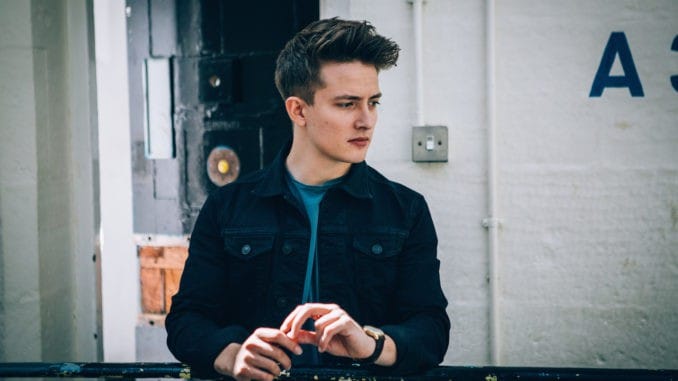 Leo Stannard – In My Blood

20-year-old Leo Stannard from Leicester, England has been slowly making his way onto music’s radar as he transitions from more acoustic material to soulful pop with electronic influences courtesy of new label Black Butter Records.  He is a multi-talented musician working on his debut album backed by Rich Cooper (Mystery Jets, Alex Vargas) and Fred Bull (Rihanna, Madonna) set to be released next year.

Latest single “In My Blood” is a heavy hitting love song but, as Stannard explains, is not necessarily about romantic love. Instead it speaks of a human connection that projects powerful imagery of two people being so intertwined, becoming almost like family regardless of their lack of shared bloodline: “was it real or did I just make it up? And I don’t know how it happened that you got into my blood.”  This song is about finding someone you are able to connect with on another level, so high up that they become essential to life just like blood is. Meanwhile Stannard’s voice make me think of kissing, it creates a space in your head that sounds so close and intimate.  His soulful tone builds a room with sturdy walls and the subtle rasp gives it some color.

His internationalist genre styling is no less apparent than in his run of support shows, having toured with acts like Rudimental through to Benjamin Francis Leftwich and Nina Nesbitt. Next up for Leo is a performance at Secret Garden Party before he kicks off his own UK headline tour.