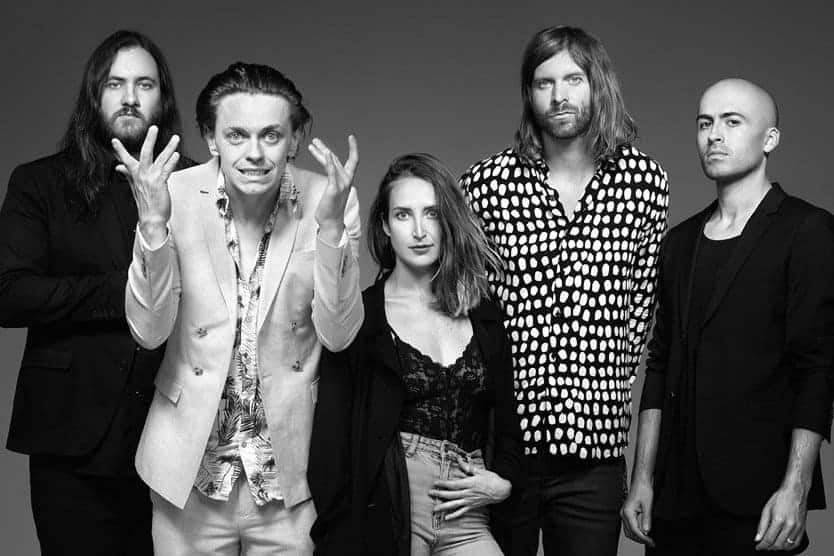 Canadian alt-rockers July Talk have been making waves across the northern nation over the past two years with their self-titled album producing hits like “Summer Dress” and “Guns and Ammunition.” Now with the single “Push + Pull” dominating the Canadian alt-rock charts, those waves have started to lap against shores all over the world.

Their follow up single, “Strange Habit,” is a significantly more mellow tune in comparison to the edgy hard-hitting back and forth narrative that is “Push + Pull.”  The opening dissonant piano creates an eerie atmosphere and the whispering husky melody from Peter Dreimanis adds to the unsettling vibe.  During the chorus when the bands frontrunners come together it provides a nice contrast; two different textures that live so well together, like sand and water.  Being lucky enough to have seen them perform live twice this imagery translates into their performance styles as well.  They leave everything on the stage generating this erratic, raw and invigorating experience.  The entire band’s chemistry is hypnotic and gives off the sense that rather than playing the songs they feel them and that’s what makes their live performances so addictive.

“Strange Habit” tells the relatable story of returning to someone, be it an ex or previous lover, because it’s familiar and it’s comfortable. With no implication of love or any trace of deeper feelings we find ourselves at this person’s door and then subsequently in this persons bed “for all the wrong reasons.”  For those who have hooked up with an ex shortly after a breakup or went crawling back to an old flame because you knew you could – this song is for you.

July Talks new album, Touch, is set to drop September 9th and songwriter and vocalist Leah Fay has said it’s inspired by human experience on tour: “we became drawn to the idea of what it actually means to be a living breathing human. It’s messy and visceral and unpredictable.” With that release comes the band’s world tour kicking off in the Netherlands.  If you are in the area when July Talk comes to town do yourself a favor and go and see them live.