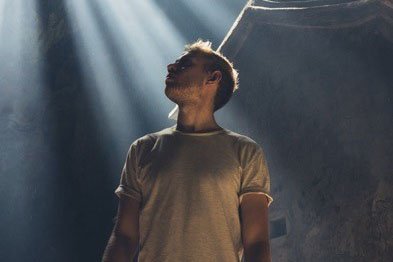 The new single from UK-based producer turned songwriter Thomas Slinger AKA Gemini is an ode to uncertainty and its integral role in the creative process. Slinger, who had several successful dubstep hits and EDM remixes, took a break from the studio when faced with insurmountable writer’s block. His solution? Throw himself to the winds. Slinger embarked on a six month trek around the world, found a collaborator in newfound friend Max McElligot of the band Wolf Gang, and discovered a new voice.

Now Gemini has released a new single off of the aptly named Wanderlust,  His travels served as inspiration for the spacious synthpop sonics and lyrics of these new songs, as well as the stunning photographs that accompany all of his recent singles.

“Dancing Clouds” has the mesmerizing pull of an EDM track paired with the emotional tug of indie-rock. Faint synthesized strings draw out the celtic flavor of his vocals, paired with a fresh electronic pulse. This is not a dance track, but it is an uplifting, introspective tune that poses countless curiosities, questions that don’t require answers, much like the act of traveling.

“When I open my eyes I see the journey begin/From the land to the skies I’m running free like the wind.”