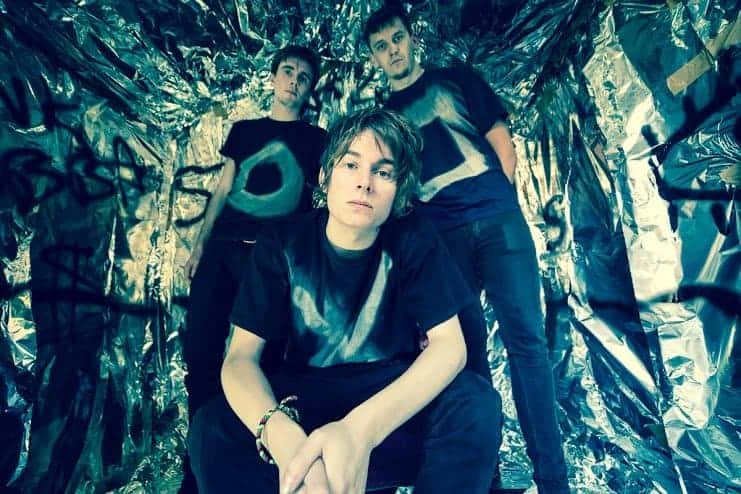 The three East London-ites known as False Heads have been turning heads following the release of their latest single “Thick Skin.” Their rambunctious and unabashedly punk sound has attracted attention from huge names in the music world. On top of becoming one of Iggy Pop’s new favorite bands, Danny Fields, the former manager for punk legends Ramones, had this to say about the trio: “I was almost giving up, but now my hope for the future of rock n’ roll is renewed – for me that’s a very big deal.”

Even if False Heads are just a bunch of fresh faces for now, they’re already living like the big deal Fields sees them as. False Heads were quickly signed by Gary Powell, the drummer for The Libertines, onto his label 25 Hour Convenience Store and “Thick Skin” is one of the singles fresh from the sessions that took place right in Pete Townsend’s recording studio.

It is a grizzly and brilliantly traditional punk song. However, False Heads have accomplished something many bands take a while to get down, simultaneously adding an element of novelty and originality. Even the video for the track is a wonderfully classic punk piece. Don’t let False Heads’ perfect punk-ness fool you, though. There is still a great deal of musicality that goes into what they do. With lyrics comparable to that of The Pixies, False Heads manage to incorporate the ingredient of first-rate lyricism into the mix. One of the best lines in the track says, “Don’t pay for the rope that chokes.”