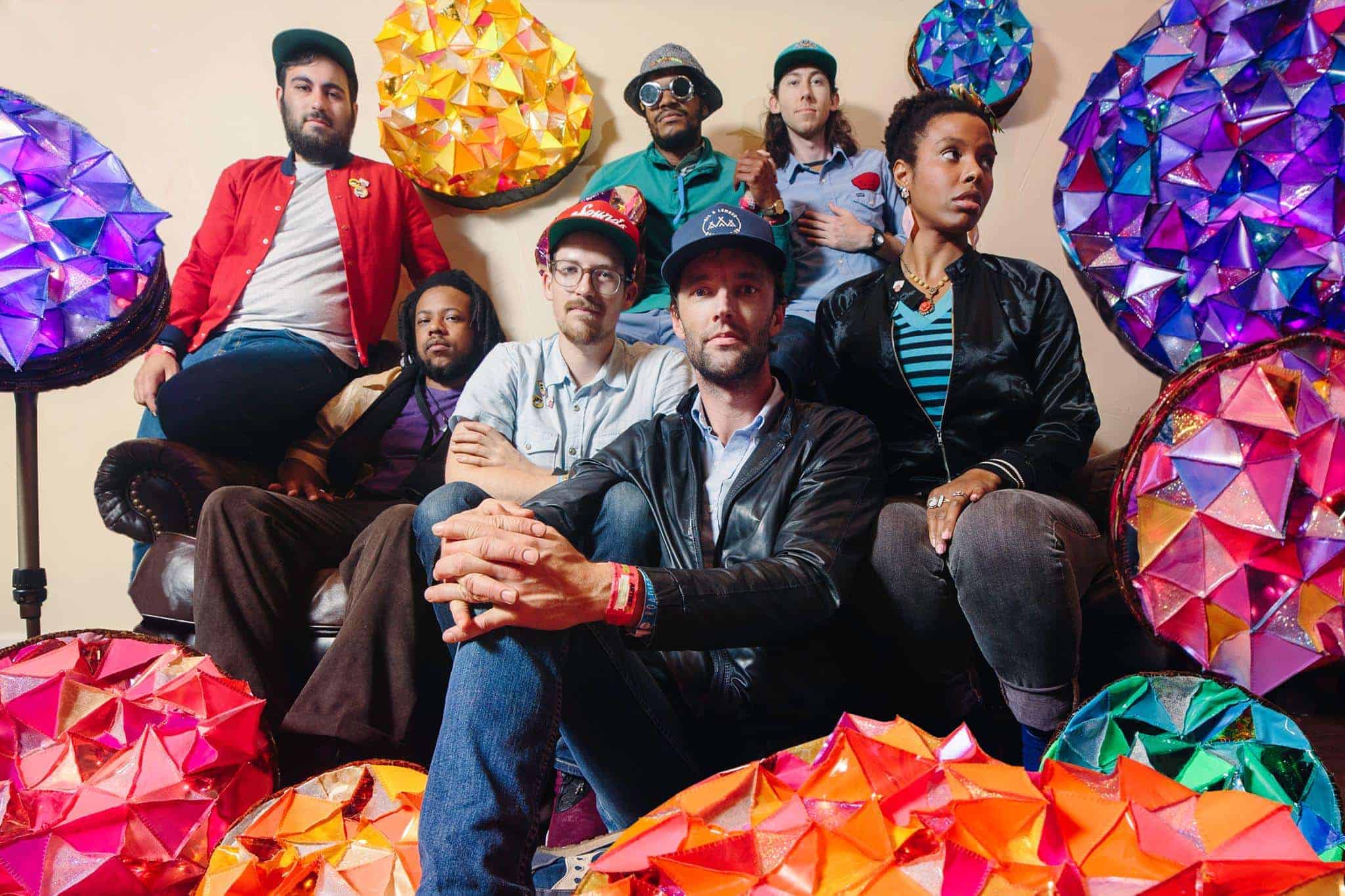 Nashville band ELEL continue to produce big in the run up to debut album Geode, released via Mom + Pop later in the year. New single “When She Walks” follows in the footsteps of debut single “40 Watt” and “Animal,” a song we tipped as this summer’s indie anthem.

For those unfamiliar with the band, there are no less than eight members so the sound is as rich and expansive as you’d expect. From the top listeners are invited to walk alongside the band and titular character with a pace-setting bass drum. Keeping that steady marching pace, the rest of “When She Walks” is confidently constructed around it, first with a splash of guitar, followed by the vocals that hold an almost military-esque cadence flair. Throughout the song you may also pick out hints of samba and grandiose brass, all staple features of ELEL’s signature brand of energetic world-pop which has seen them pick up support from the likes of Zane Lowe.

A literal look at the song throws up imagery of a girl walking the streets and stopping even bees in their tracks but band leader Ben Elkins explains “the idea behind “When She Walks” is basically a girl walking through the room, and she’s so pretty that everyone stops what they’re doing. But when I was writing the verses, it became a song more about one person calming another person’s troubled mind. So the song became much more emotionally based eventually.”

It is another colorful and smile-inducing number that will make you crave more. And you’re in luck – this new single comes only a week after the unveiling of an impressive “Animal” remix courtesy of LA indie-poppers Saint Motel I thoroughly recommend you check out below.