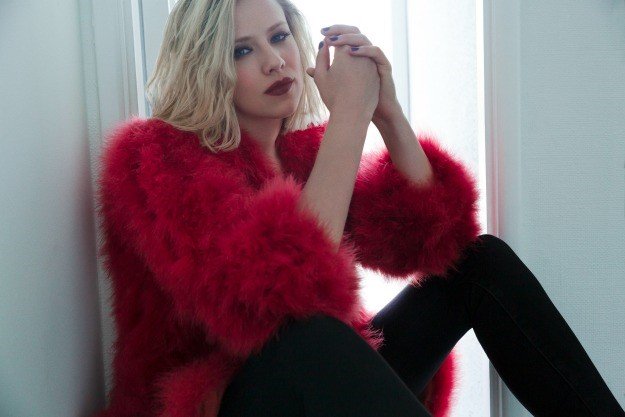 Riding high on the success of infectious summer anthem “Backbeat,” Norwegian native Dagny has laid out another crazy energetic track for us and it’s GOLD. New single “Fool’s Gold,” which features Michigan-based BØRNS on additional vocals, is an electrifying and fast-paced track that keeps your foot stomping and cooing along to the electro-pop prince and princess.

Songs like “Fool’s Gold” are easy to love due to the infectious rhythms and a memorable chorus. Dagny’s effortless high notes in the chorus magnify the song, giving it an out of this world angelic vibe. Everything about this song embodies summer, even the lyrics. This second offering, written with Tommy English and DeLacey, Dagny explains, “The song is about looking back on a relationship and realising that maybe it was not quite what you first thought. And the big question you ask yourself: if you will ever have that feeling again.” “Fool’s Gold” is the definition of a lost summer love.

On collaborating with BØRNS, Dagny said “It was Tommy who introduced the song to BØRNS – who loved it. When I heard his feature for the first time, I knew the song was complete. He is a wonderful singer and songwriter and I think he gives the song a new dimension.” Much of the same respect on appreciation came back the other way with BØRNS explaining, “When Tommy first played me the initial demo of “Fools Gold” I was instantly drawn into the effortless delivery of her powerful vocal. After one listen I swear I was humming it for a week. I’m stoked to be featured on Dagny’s single, it’s a timeless jam.”