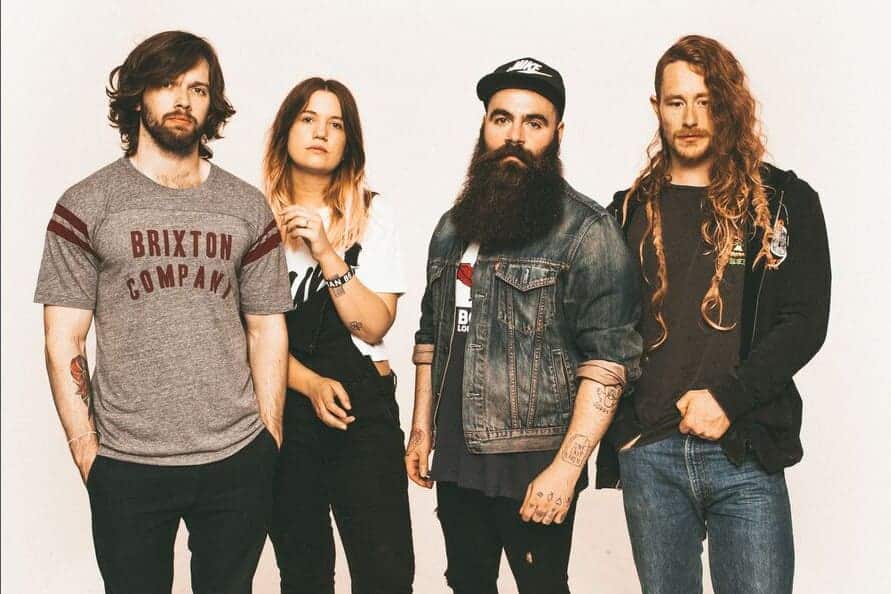 Clean Cut Kid – We Used to Be in Love

Clean Cut Kid return with a bittersweet tale of loss in new single “We Used to Be in Love.” It is taken from their upcoming four-track EP of the same name due for release via the band’s own Babe Magnet Records/Polydor on August 2nd.

Releasing debut single “Vitamin C” last year, the quartet’s rapid trajectory fueled by an impassioned work ethic, that often deprived them of sleep as they crafted songs on a near-daily basis from the comfort of their Liverpool rehearsal space, has carried over into 2016 with insatiable tracks such as “Runaway” and “Pick Me Up.”

Still brimming with unshakeable hooks and glittering melodies, “We Used to Be in Love” is the latest example of the charming pop-laden indie-rock that the quartet of Mike Halls, Evelyn Halls, Saul Godman and Ross Higginson are touring around on a massive 30-date festival run. Describing the track, singer Mike Halls writes: “One of the most heart shattering things about breaking up with someone is how this person, who used to be at the centre of your whole universe, is suddenly no more a part of your life than a distant stranger “We Used To Be In Love” is about passing that person in the street and wanting to scream “DON’T YOU REMEMBER WHAT WE USED TO FEEL FOR EACH OTHER?!?!”” Hugely relatable lyrics combined with a dazzling indie-rock tinged with the swagger of an 80s-pop hit, “We Used to Be in Love” is yet another triumph for the UK’s hottest prospects.

As well as numerous festival appearances, Clean Cut Kid have a headline tour scheduled for October.