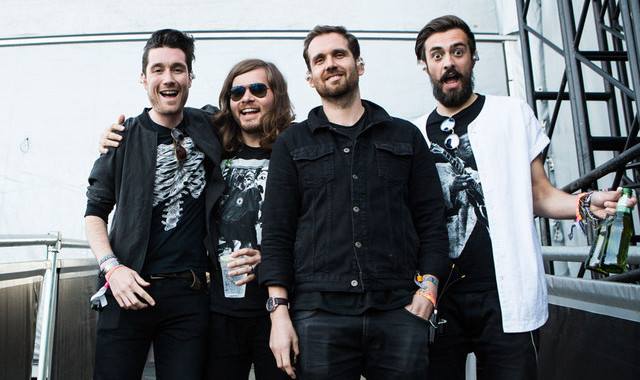 Bastille need no introduction. One of the biggest names to rise from the indie music scene in the past three years, the band has seen incredible mainstream success, headlining festivals and selling out arenas all over the world. In June, the Britsh four-piece released a first peek into their much-anticipated forthcoming album, Wild World, with “Good Grief.” Now, they have just dropped the next preview into the album, “Fake It.”

“Good Grief” started off with a movie quote from 1980s classic Weird Science. Now, “Fake It” begins with an excerpt from the 1971 US National Institute of Mental Health video, ‘Social Seminar: Changing.’ From the way things are looking, starting off with an iconic quote might be a signature introduction for tracks in Wild World.

“Fake It” shows off yet another undiscovered side of Bastille, one different from Bad Blood and “Good Grief”. They have done away with the spearheading bass melodies and cheerful clapping, opting instead for an emotive, R&B-esque approach that gradually builds into an catchy, upbeat anthem. With its slow bubbling synths, the chorus brings about a menacing drumbeat and finger snapping that gives the track the edge it needs.

“Fake It” makes you swoon with its sweet and sentimental lyrics that encapsulates the very despair of being hopelessly in love with someone who’s moved on from the relationship, pleading with them to ‘fake it’ and pretend like nothing bad ever happened: “I wanna waste all my time with you. Oh my love, we can only do our best to recreate. Don’t turn over the page, we should rip it straight out then let’s try our best to fake it.”

“If our first album was about growing up and the anxieties surrounding it, our second is about trying to make sense of the world around you, both as you see it and as it’s presented to you through the media. It’s also about asking questions of the world and of the people in it. We wanted the album to be a bit disorientating – at times extroverted and introverted, light and dark,” said frontman Dan Smith of Wild World.

Wild World will be released September 9th. If “Good Grief” and “Fake It” were any indications, it’s going to be a good one.