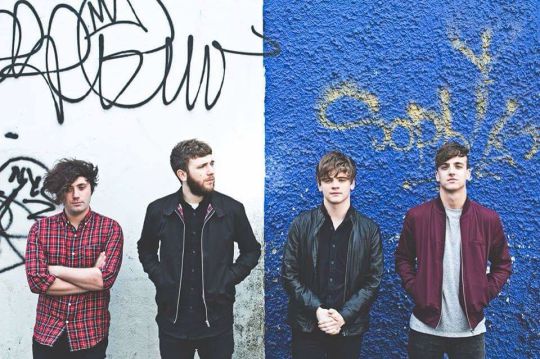 It’s been some time since we last heard from Irish indie rock band The Academic. The four-piece adapted their band name from a line in the popular classic novel “The Catcher in the Rye” and, having met back in school, the name seemed apt at the time and has stuck ever since. Since the release of their EP Loose Friends last year, the band have seen themselves share stages with the likes of Noel Gallagher, Circa Waves and Catfish and the Bottlemen.

Now they have released the title single, “Mixtape 2003” off their forthcoming EP. Produced by Philip Magee, who has worked with some of our favorite artists including Kodaline and Walking on Cars, the EP is due to be released on August 12th. The nostalgia-filled “Mixtape 2003” kicks off with an energetic beat and an infectious melody. Bursting with enthusiasm, the feel-good anthem combines rock-and-roll instrumentals with wistful lyrics sung by frontman Craig Fitzgerald with his usual avid dedication: “In my car, there’s a CD, a mixtape of 2003, a better time for both of us, with skinny jeans and roll ups.”

You can catch The Academic on their upcoming UK headline dates as well as at various European festivals including Pukkelpop and Lowlands.