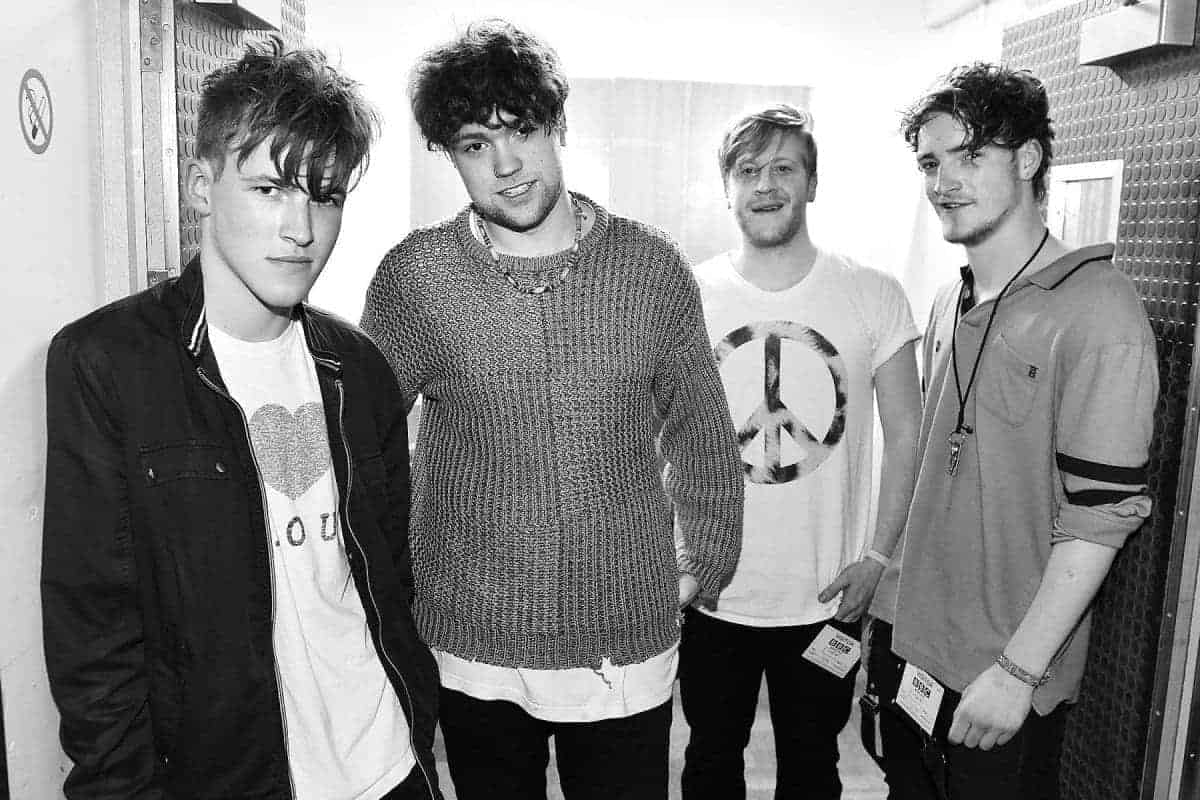 Back in September last year we featured “Swings and Waterslides,” the debut single from a band called Viola Beach. In late January we picked up the highly anticipated follow up from the Warrington indie-rockers, “Boys That Sing.” We made no secret of how much we enjoyed their energetic, guitar-heavy gems and we were looking forward to following the progress of such a promising band who already had support dates booked with rising Manchester band Blossoms, a sold-out hometown headline show at The Pyramid and another booked at the iconic Parr Hall.

Three weeks after our last write up, Kris Leonard (guitar and vocals), River Reeves (guitar), Tom Lowe (bass guitar), and Jack Dakin (drums) along with manager Craig Tarry became household names in tragic circumstances. The details of their deaths were well documented and do not need to be repeated. Instead I turn the focus to their soon-to-be-released debut album, the nine songs that will prove to be Viola Beach’s legacy. Admittedly I winced at the idea of giving my thoughts on an album released under such sensitive and emotional circumstances, especially if they were negative. Luckily, albeit with a deep bittersweet undertone, I only have high praise.

The album is cleverly book-ended by two familiar favorites – the aforementioned singles. Energy-filled, upbeat and celebratory, “Swings and Waterslides” is an endearing opener to set the tone. The snappy “Like A Fool” and equally assured “Go Outside” continue with the vibe and channel the likes of Foals and The 1975, full of bouncing guitar hooks, gravely but playful vocals and thundering percussion.

“Cherry Vimto” is noticeably slower and hushed. Kris’ vocals are contemplative in the way they are almost spoken. Even on a quieter track, however, there’s room for an ace guitar riff. As Kris takes a backseat, River Reeves’ guitar waltzes alongside the swinging drums. It leads into “Drunk” which is similar in feel. The lyrics seem darker, a melancholy tale of self-restraint and coping before the album gets a bright pick-me-up in the shape of “Really Wanna Call” with feels of Saint Raymond, The Wombats and Little Comets. It is classic kitchen sink indie with a peach of a chorus. For me, however, it was a mere precursor for the jewel in this crown of an album. Very early into “Call You Up” it struck me there was another side to Viola Beach that we had never had the pleasure to experience with them. The songwriting is without doubt the best on the album. The dynamics to and fro, the guitar shimmers and the vocals exist in multiple dimensions as the track sublimely absorbs ever single shred of the listener’s attention.

“Get To Dancing” signals the home straight of the record, comfortably dropping back into the Viola Beach we’re familiar with before the swan song that is “Boys That Sing,” a song covered in tribute by Coldplay at this year’s Glastonbury festival. “Boys That Sing” is euphoric both in sound and in content but will now also bring about a tinge of sadness despite anyone’s best efforts to dance along in celebration of their lives: “…together we could take on the world… together we could do anything,” lyrics that encompass the youthful hunger and energy that surrounded the boys who were simply doing something they had a great passion for and found insurmountable pleasure in. Mantras and hopes left unfulfilled in life but have been posthumously honored.

It is difficult to remove the circumstances from the album – the songs now appear to take on different/additional meanings to the ones they had when they were first penned but do not take such a complimentary review as simply respectful and allow sentiment to detract from what is a genuinely magnificent collection of songs. The record will be released via the band’s label Fuller Beans on July 29th (buy/stream here) with proceeds going to the Viola Beach and Craig Tarry memorial fund.

Alongside the album release comes the official video for “Boys That Sing,” the result of a partnership between US production company Komixx Entertainment and Warrington-based Mackinnon & Saunders Digital Studios. Inspired by the song’s lyrics, the mixed-media animation video features an animated character interacting with live action footage shot on location in Viola Beach’s hometown of Warrington.

Usually I would end on the release details but I got them out of the way in order to instead leave you with the words of the band’s family members:

“We are tremendously proud of everything the boys achieved in such a short space of time. Craig, Jack, Kris, River and Tom shared a huge passion, talent and dedication to music. We believe the best way to celebrate our sons’ lives is to release an album of their songs. This is their legacy and we know deep in our hearts that the boys would want the world to listen to the music they poured everything into. This was only the beginning for them and these nine songs were written with every intention to be shared, heard and, most of all, enjoyed.

We hope that it brings you as much happiness listening to it as we know it did to them making it.”