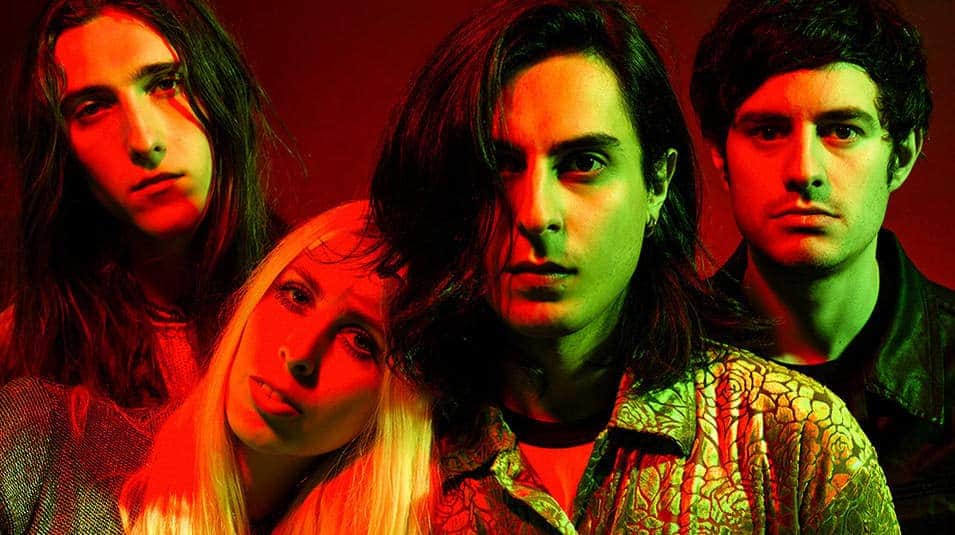 According to NME, the English up-and-comers InHeaven are “becoming one of the most irresistible bands on the scene.” Having just watched the video for “Meat Somebody,” the B-side to newest single “Baby’s Alright,” it’s hard to disagree with such a sentiment.

The mind-boggling special effects are reminiscent of an amped up 2000’s punk-pop video. The band is shown swirling through a blue sky with dreamy white clouds, occasionally appearing against a green screen of themselves which leaves the viewer seeing double or triple. Different stills flash behind them rapidly, providing a dynamic backdrop for a fast paced rock anthem. Though some may find the video sending them into sensory overload, this is no accident. The quartet claim, “We wanted our audience to feel part of the artwork, as if they were in one of our fanzines.”

With its driving guitars and Joy Division-like vocals, “Meat Somebody” is a pleasant reminder that indie garage rock is not dead. The perfectly chaotic guitar underneath frontman James Taylor’s echoing voice makes the listener nostalgic for the days before all of the fiery rebellion inside them fizzled. The track itself is energetic, animated, and everything a punk song should be. InHeaven’s awesome sound resembles what would happen if The Smith’s lead vocalist Steven Patrick Morrissey had sung for the punk band FIDLAR. Though they are still on the climb towards full on fame, the band’s talent has not gone unnoticed. They won the approval of The Strokes’ frontman, Julian Casablancas, after releasing their first single “Regeneration.” Casablancas was so enthused by InHeaven that he had his label, Cult Records, co-release the band’s debut track.