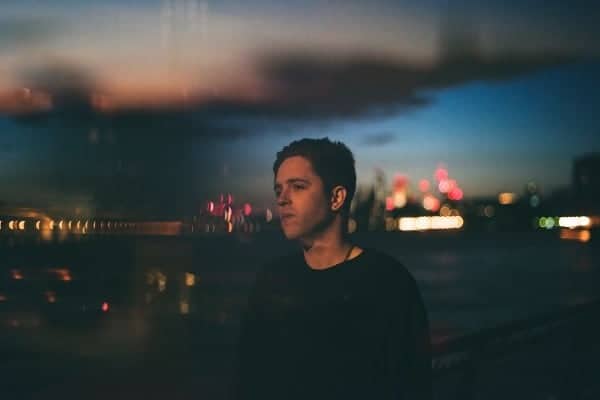 Benjamin Francis Leftwich, noted for his sublime 2011 debut album Last Smoke Before The Snowstorm, returns with new offering “Mayflies,” the second single to be taken from new album After The Rain, due for release in August.

The new track’s extensive production means it sounds quite different from his earlier work. However, the York troubadour’s instantly recognisable airy vocals and acoustic undercurrent still remain a staple constituent.

On the video, Leftwich explains they tried “referencing the final hours of a party before everything is frozen in time. It’s the snapshot of a night where everyone is caught up in the present, living their own adventures unbeknown the world is ending. The idea was to capture the feeling of exhilaration and hope for the future that we all sense in the moment, contrasted with the reality check of dawn.” Appropriate given the titular subject matter, as Ben continues “Mayflies fuck and they die. Everything is so wrong yet so perfect.”

The singer-songwriter will be touring across much of the USA and Canada in summer prior to the album’s release on August 19th which is available to pre-order here.