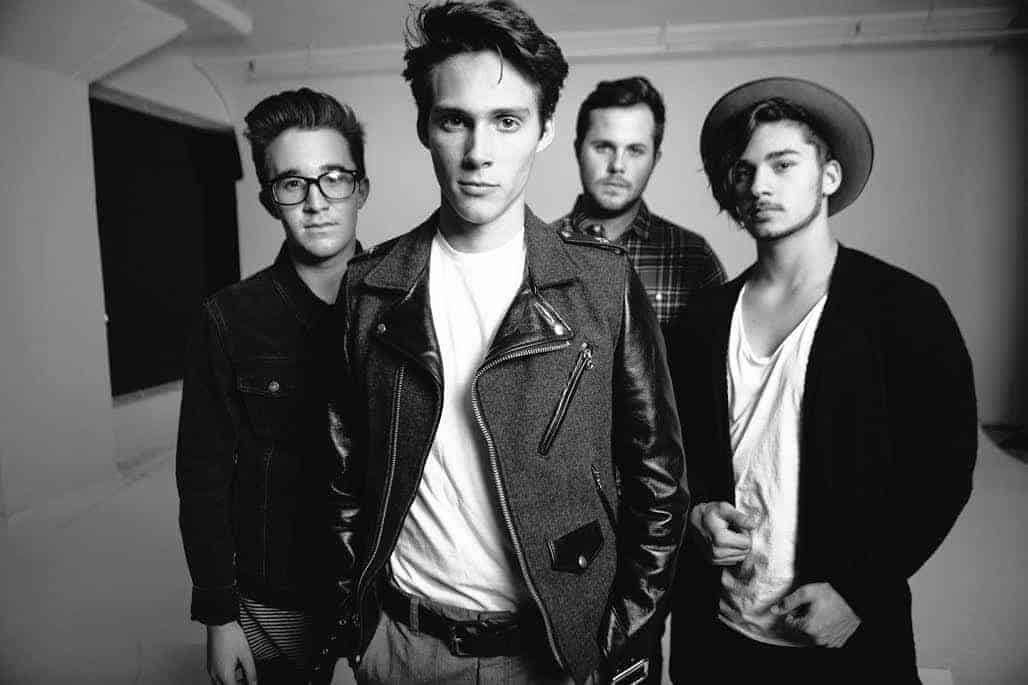 Cameron Boyer, Brennen Bates, Cameron Olsen, and Cole Carson make up hook-heavy alt-rock quartet, Weathers. The LA-band recently released latest single “Happy Pills,” a track already described by Neon Gold Records as a “serotonin-surging sync goldmine that already sounds dangerously close to being god damn everywhere this summer.” This description pretty much hits the nail on the head – something the listener becomes very much aware of the minute they take their first listen. Just like its title, the track itself acts as a happy pill. After just one play you’ll walk away singing to yourself for the rest of the day: “I take my pills, so I’m happy all the time”.

“Happy Pills” excellently executes the unusually enjoyable juxtaposition of the upbeat music and grim lyrics. Though this character’s creative right brain continually trumps their logical left brain, telling them over and over that everything is a whimsical, sunny wonderland, it is still evident that this person’s life is nothing remotely out of the ordinary. The track also points out a paradox that seems to have become more prevalent: the idea that “we take strange things to feel normal.” The band members are all post-Millennials who have witnessed first hand the increasing search for an easy fix.

Having already played venues such as New York’s Webster Hall and The Troubadour in Los Angeles as well as an appearance at SXSW Festival earlier this year, Weathers will continue to build up their live credentials with support slots for Nashville rockers Coin and British five-piece Nothing But Thieves later in the year. It is easy to imagine a sizable crowd gleefully dancing and singing along to the pleasantly infectious “Happy Pills” and well as debut single “I Don’t Wanna Know” which was released in April.