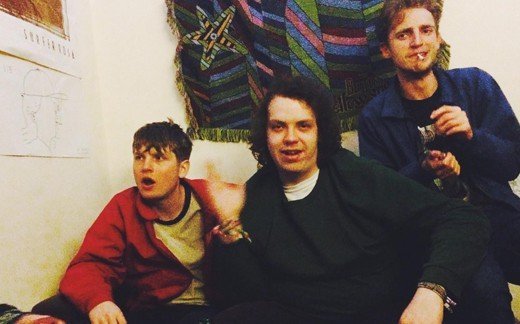 Trudy and the Romance – Wild

Presumably fueled by a hearty glug of the strongest whiskey Liverpool has to offer and fresh out of the DeLorean, scouse band Trudy and the Romance have revealed the rambunctious second tune on their incoming AA single, “Wild,” which partners “He Sings” and is available on black vinyl via B3SCI now.

The previous single dropped in May and quickly gained traction, rocketing to 7th in Spotify’s UK viral charts and receiving various notable press coverage. “Wild” brings more of the trio’s self-styled mutant 50s pop – old-school looping guitar licks and loose, scream-along falsetto vocals backed by off-beat swinging percussion. As the band suggest, the track is wild by name and perhaps also wild by nature. Like “He Sings,” they have kept it short but sweet, cramming four twinkling choruses into a swaggering three minutes of intoxicating part-rock/part-pop charm.

With performances at The Great Escape, Gold Sounds and Sound City already under their belt, attention now turns to the band’s headline London show at The Victoria on July 12th. Trudy and the Romance have also announced support slots with The Big Moon for later in the year.