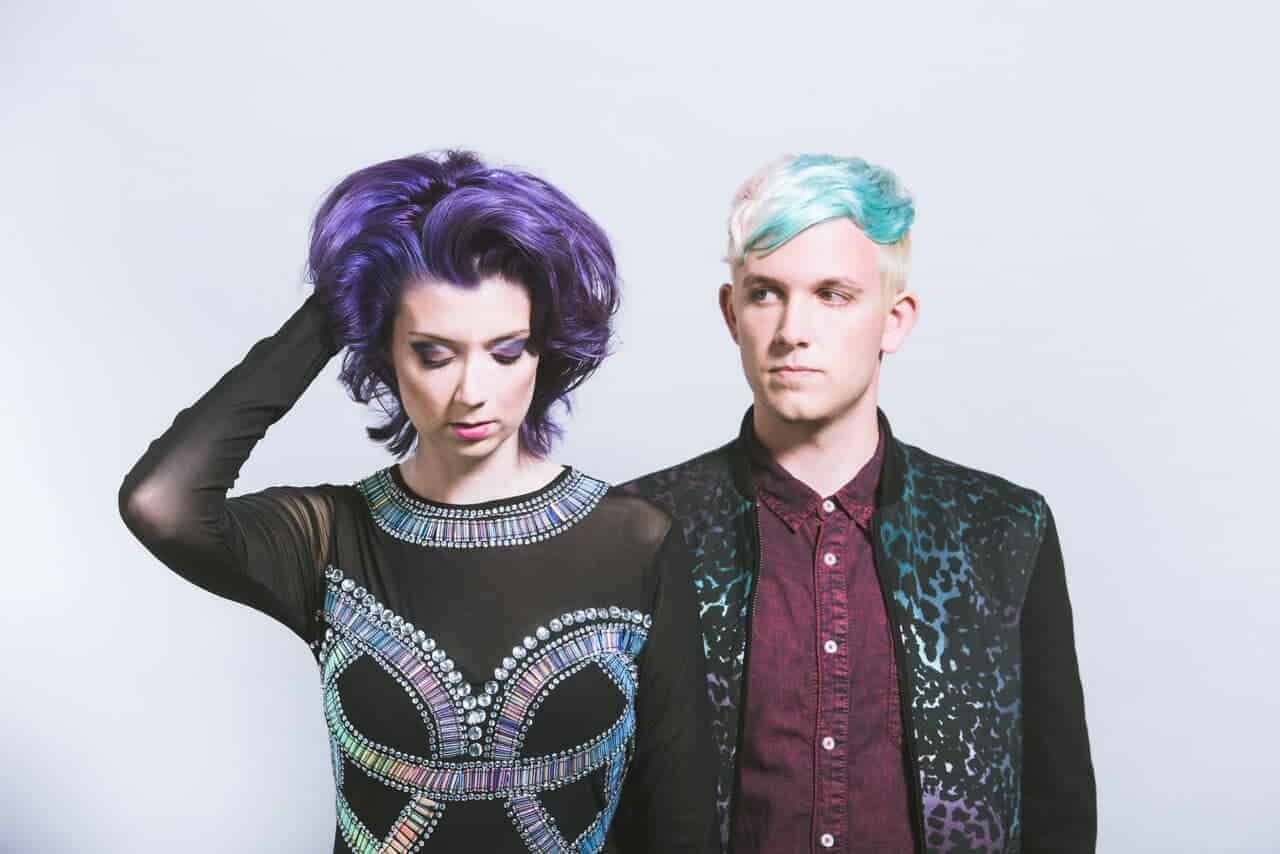 Anyone for electro-pop? Hampshire duo Lovestarrs, the self-styled love child of George Michael and Katy Perry, are creating some of the best out there as shimmering new single “Someone Like You” proves.

If their faces seem familiar it is probably because technicolor-haired siblings Sarah and Hamish McIntosh used to be in a band called The Good Natured. They released two EPs at the back end of the previous decade before signing a record deal with Parlophone in 2011. To cut a long story short, the promising band were cut from their label two and a half years later. Quite the unpleasant setback for any artist in itself but The Good Natured’s story was even crueler with Parlophone, after a 6-month battle over ownership rights, refusing to release the masters of the band’s debut album, Prism, in order for the band to self-release it. They announced their split that summer, vowing to return “in a new shape and form” in 2014.

That just so happened to be the stellar creation we have before us today. Lovestarrs are preparing to release Planet Lovestarr, their debut album, along with two EPs on the independent DEFDISCO label – all of which has been crowdfunded via an emphatically backed Kickstarter campaign. The band have been effusive in their praise for the way their new label has allowed them to work: “With DEFDISCO we are a team and it feels like we are all working towards the same goal with great respect for one another’s viewpoints.”

“Someone Like You” is Lovestarrs’ second single following the buzzy “Get Your Sexy On” which lifted some of The Good Natured’s old guitar sounds to pair with this new kaleidoscopic soundscape of heady synths and Sarah’s signature vocals which can, at times, be as biting as they are soft in other moments. “Someone Like You” is more of the same with a bolder electronic profile and an infectious chorus you’re likely to have on repeat. It comes as no surprise then that the duo’s influences can be attributed to their parents’ 80s record collection including Tears For Fears, Prince and Cyndi Lauper with their pop hooks, honest lyrics, drum machines and funky bass lines.

Once bitten, twice shy? Hardly! Lovestarrs have their own mantra: once bitten, bounce back and kick ass. They sound as buoyant and optimistic as is humanly possible, fresh faced and invigorated by this new creative platform in a healthy working environment.