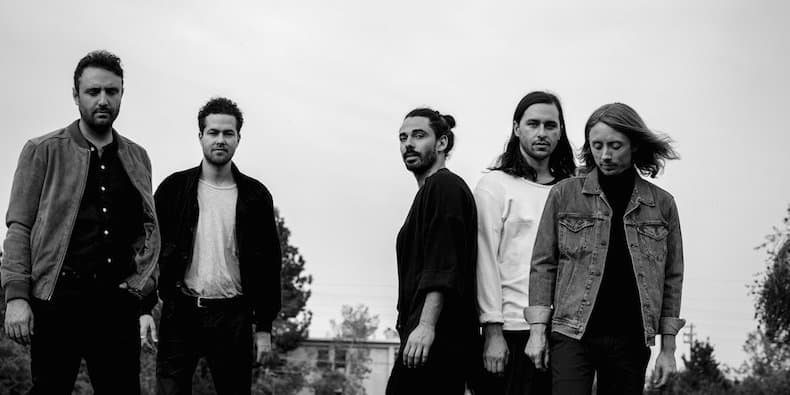 LA indie rockers Local Natives gear up for the release of their third album with the release of second taste “Villainy.” The track is somewhat historic for the band as it’s their first without a guitar.

Their two previous albums are wildly different and, if “Villainy” is anything to go by, Sunlit Youth promises to change up the band’s sound again. For those unfamiliar with Local Natives, here’s the briefest of crash courses: In 2009 they released their debut offering, Gorilla Manor, packed full of your classic upbeat indie rock – plenty of bright guitars and energetic percussion. Check out “Wide Eyes” and “Airplanes” for a taste of that. 2013’s Hummingbird followed a difficult time encompassed by the loss of a family member and the departure of bassist Andy Hamm due to “unresolved differences.” It manifested itself in some still rich but cloudy songs often labored over with solemn sounding vocals – try “Heavy Feet” and “Breakers” on for size.

With this new record, the quintet appear to be back in an upward curve. Just like lead single “Past Lives,” “Villainy” seems to be an expansive and dynamic new sound, somewhat of a homage to their two previous incarnations but also vastly different. This new sound is a result of the quintet’s travels to a whole host of places such as Thailand, Malaysia, Ojai in their native California, Hawaii, and Nicaragua, something they’d planned on doing in order to step outside of their comfort zone and gain new inspiration. Frontman Taylor Rice revealed that Nicaragua was particularly stimulating: “We wrote about ten songs in about eight days. It used to take maybe six months to do something like that. It was just follow the inspiration, and follow the joy of making music together.”

The 12-track LP is due for release on September 9th via Loma Vista/Concord Music Group and is available to pre-order now.