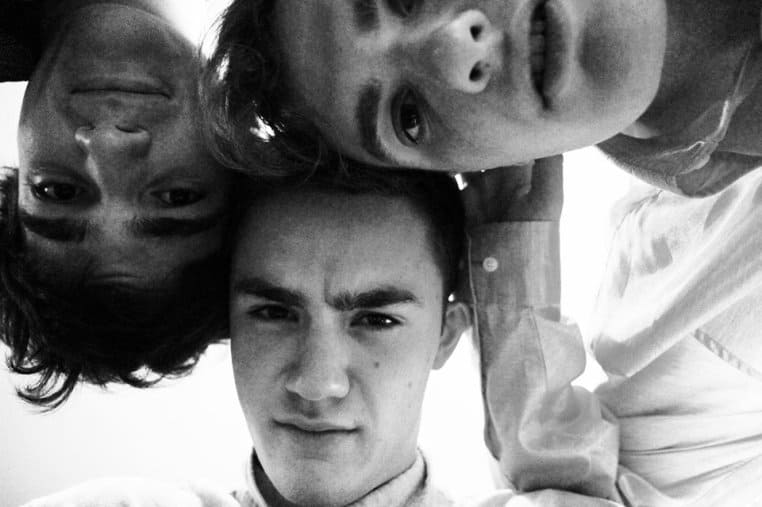 The stellar trio, Johnny Kills, is a brand new bunch from Brighton who specialize in an angsty garage indie rock sound. Johnny Kills is made up of Timmy, Cammy, and Louie and, although they’re fresh on the scene, their music is already providing a fun and carefree energy. New track “Maybe Next Year”, their second single overall, has a really nice boyish charm thanks to their fuzzy, demo-like rough and ready sound.

The tune takes no warming up – it is short and sweet, but the sound is straight to the point. Initially, I got the vibe that it was lighthearted and fun but still a little angsty and raw. The “oohs” made it feel like listening to the soundtrack of a coming of age/best pals kind of movie. The song follows their even shorter debut single “Take It Easy”, which was released last month and was more of a wild and rioting number. I find it refreshing. I adore the guitar bits in both tracks. The boys show a carefree and youthful persona in their music, which I love, because I find a lot of young artists trying to sound too mature for their age. Although their youth comes through in their songs, they also worry about dreadful quarter-life crises-esque problems that every 20-something year old goes through these days. Timmy explains that “Maybe Next Year is about when you get into that introspective zone and start analysing yourself that little bit too much, leading to you questioning if you’re normal like everyone else. The contrast between the summery music and vaguely paranoid subject matter combine with ‘Take It Easy’s early 20s panic theme to make their new double A-side a neurotic opening salvo for Johnny Kills” .

For those of you in Brighton, if you’re itching for more Johnny Kills, expect their debut hometown show this September 3.