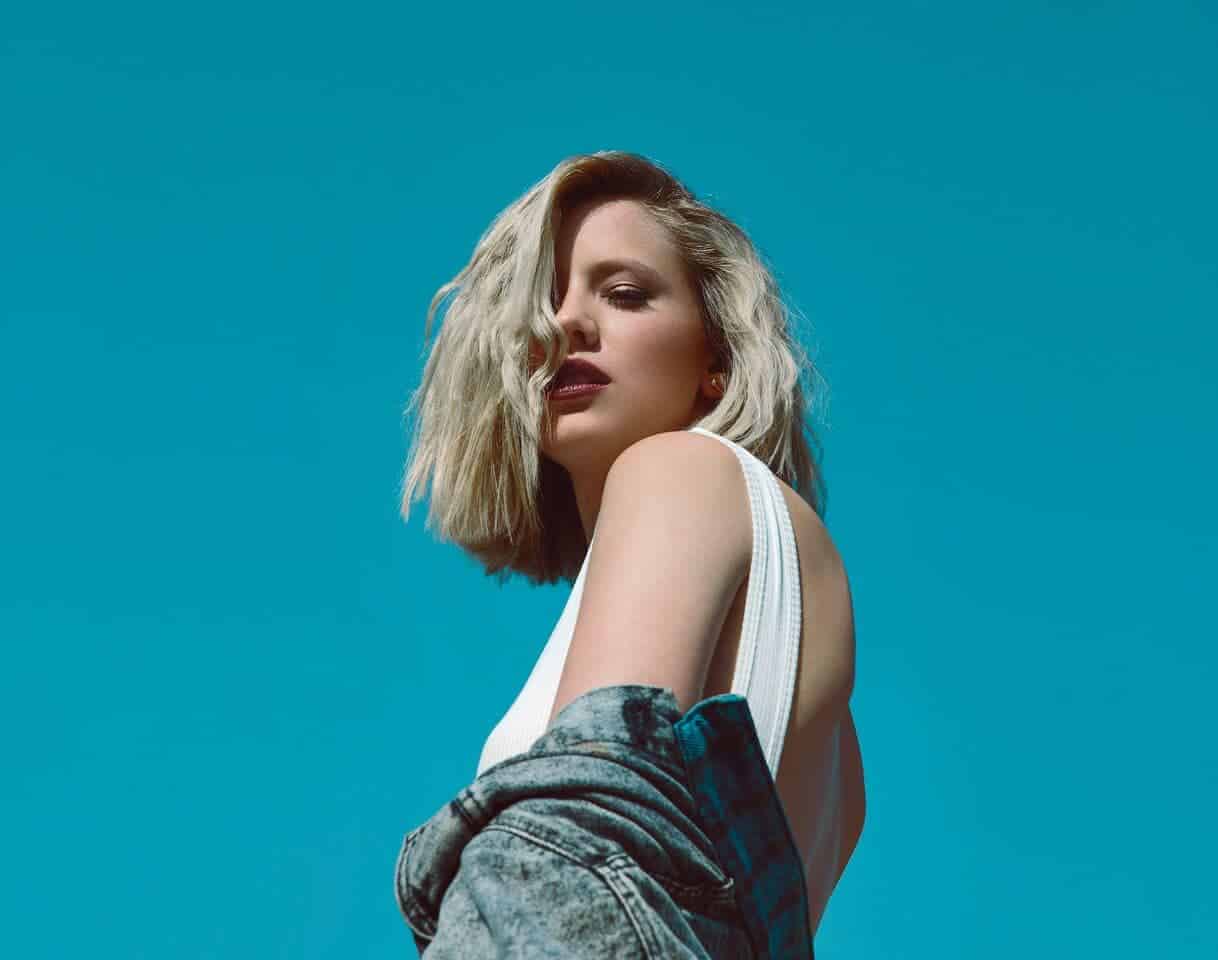 Norwegian songstress Dagny’s debut offering “Backbeat” may just hold this year’s catchiest chorus. A veritable pop-heavy hookworm laced with driving piano lines and some belting prima donna vocals, the single originally dropped late last year – premiered by Zane Lowe on his Beats 1 show. Since then it has amassed a phenomenal 16 million plays and counting on Spotify. The track has now been paired with a dazzling new video directed by Dum Dum Girls’ Malia James available here.

However, the more vigilant among you may notice that material from the Tromsø-native, who is currently in LA working on her debut EP, can be found online dating back five or so years. They act as artifacts detailing the development of an artist, the daughter of two musicians, finding her own sound. One shows the then-21-year-old beaming from ear to ear having just had her own song sung back to her by an audience for the first time. Although the new expansive pop packaging appears to be a world away from that tentative blend of modern folk and pop, songs that Dagny herself described as “emotional rollercoasters with playful peaks and melancholic drops just like life itself,” this latest hit single still harks back to her earlier song writing – stunningly easing her way vocally around lyrics of youthful optimism and the apparent breakneck speed at which life seems to happen: “we’re borderline wasting time, pick it up and tell me that you love me like you did before… think fast, don’t let the speed of sound leave you feeling paralyzed.”

Appearances on “Artists To Watch” lists from the likes of Apple, Spotify, and Tidal have fed the excitement of her live performances having already appeared at by:Larm Festival in Norway, Denmark’s SPOT Festival and The Great Escape Festival in the UK this year. With the EP set to arrive in July, Dagny is a sure-fire name to keep an eye on.