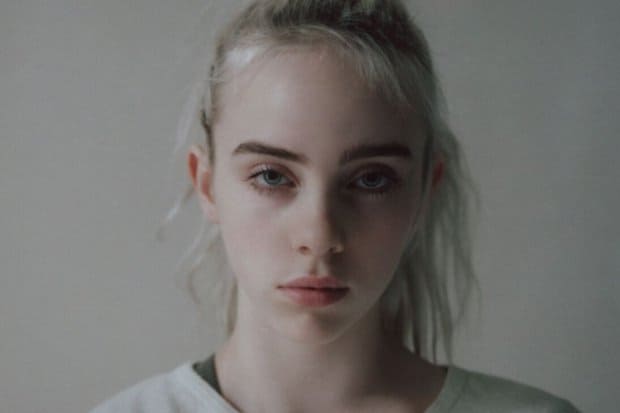 A lot has been made of brooding LA singer-songwriter Billie Eilish’s age mainly because most of us can’t think of anything significant we had done by the age of 14. Meanwhile this aforementioned 14-year-old continues to mesmerize fans and industry professionals alike and latest single “Six Feet Under” does not let up. The teenager’s proper debut single, “Ocean Eyes” (written and produced by older brother Finneas O’Connell – also still in his teens), has been streamed over 11 million times and was supported by the likes of Zane Lowe (Apple Music’s Beats 1), Annie Mac (BBC Radio 1) and Jason Kramer, Chris Douridas and Anne Litt (KCRW).

She now returns with similarly immersive new cut “Six Feet Under,” a hauntingly eerie indie-pop ballad wrapped up in a sheer embarrassment of riches from the youngster’s masterfully controlled forlorn vocals to the morose, hip-hop inspired backing track. With the middle section heavily influenced by typically contemporary styling (Billie names Tyler the Creator and Earl Sweatshirt as particularly influential), a more traditional set up bookends the opulent track that acts as justification to earlier Lana Del Rey, Lorde and Birdy comparisons.

Emotionally dense, “Six Feet Under” is a refined and elegant representation of a frighteningly cognizant generation – often palmed off as moody tumblr millennials that are growing up too fast – as Eilish prophetically labors “Our love is six feet under, I can’t help but wonder if our grave was watered by the rain.”