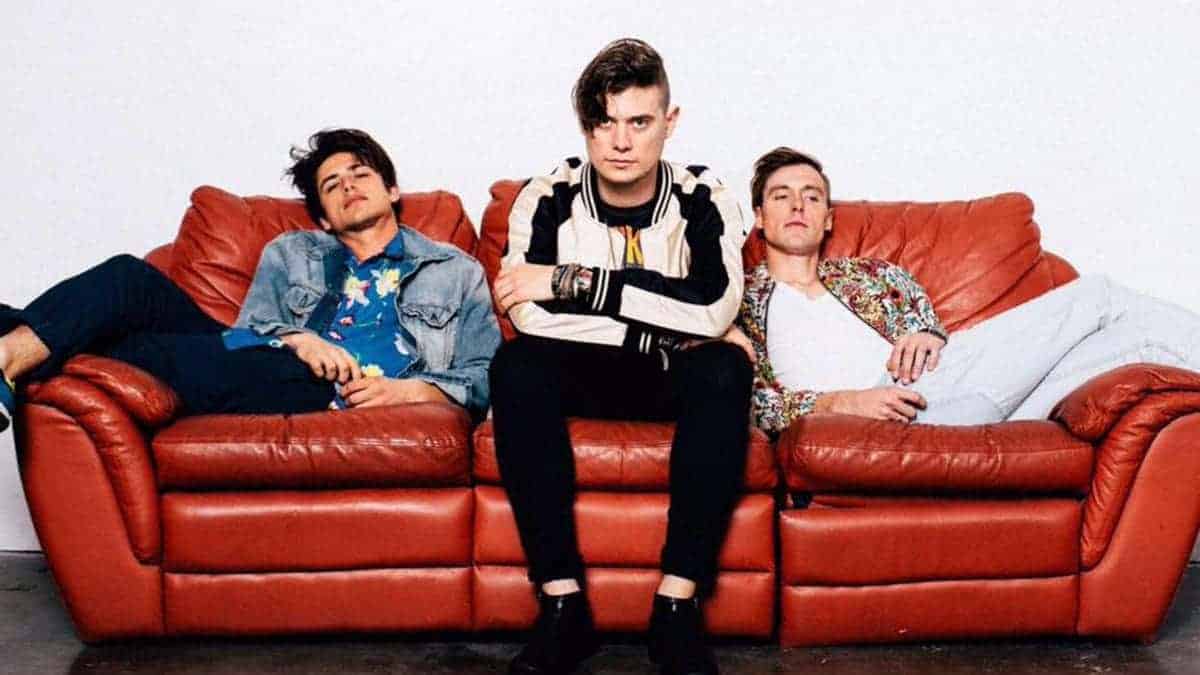 DREAMERS – This Album Does Not Exist

Considering they got their start just two years ago, Nick Wold, Marc Nelson, and Jacob Wick, also known as DREAMERS, have gained an astronomical amount of popularity. After touring with Stone Temple Pilots and Atlas Genius, they scored a record deal from Fairfax Recordings and a spot at this year’s Lollapalooza. Music outlets such as Billboard, EW.com, NYLON, and Stereogum have recognized the splendor of the trio of Brooklynites. Luckily, we got an exclusive look at their upcoming album.

The album opens up with the exultant track “DRUGS,” an ode to the millennials who have forced love and all other subsequent emotions to take a back seat to getting high. The energetic and triumphant sounding chorus conveys how these characters are happy with, maybe even proud of their decision to put the rest of their lives on hold for drugs. DREAMERS interestingly points out that this decision to leave the responsible, normal life behind was a collective effort. These people are merely “sheep.” every last one of them “looking for the rad life.”

Further down the line, the listener is met with the song “Pain Killer,” an upbeat and fast-paced number. At first listen, it seems like frontman Nick Wold is singing about that special someone who manages to make everything feel okay no matter what happened throughout the day. However, Wold may not be singing about a real person at all. There are very few humans who can fill up your lungs and make you numb like Mary Jane can.

The fifth song on the track list is the band’s infectious debut single, “Wolves (You Got Me.)” The song held its place on Sirius XM’s AltNation Top 18 for months where it was the only track by an unsigned group. It details what happens when we cross paths with that certain someone who ends up having overwhelming, sometimes disastrous effects upon us. Wold sings about how even though this person has him “brainwashed” and “fucked up”, he cannot stay away from the high being with this person gives him.

The work progresses into a rather interesting sequence of songs. The energetic track “Lucky Dog” delineates the excitement that comes with becoming romantically involved with someone who’s clearly out of your league. Directly afterwards, the song “Shooting Shadows” features brooding sampled guitar underneath lyrics that deal with the subject matter of becoming disenchanted with romance. The song is about something that is unfortunately known too well by too many; the frustration that comes along with a past lover who simply won’t let you get on with your life without popping in every once and a while to screw up your progress.

The final track, “Little New Moon,” has the heavy, pulsating rhythm of a Muse track. The chorus sings, “Little new moon lights my way into oblivion.” The lyrics pose this track as someone rejoicing that something has lit the path towards something new and exciting while the instrumentals make it a classic, feel-good alt-rock jam.