Why “Coast Modern”?
Coleman: It fits! We live on the coast, we’re super modern.
Luke: Yeah, our ethos is pushing pop music forward, so that’s where the modern comes in. It’s kind of like a dumb pun.
Coleman: We were gonna go with Toast Modern but…

In three words, how would you describe your sound?
Luke: Hot. Lava. Rainbow.
Coleman: Ooooh. Can you put in asterisks, “they hi-five?”
*Duo share a hi-five.*

How did you first get into music?
Coleman: I think our parents, early on.
Luke: Yeah, I remember listening to cassettes of oldies rock ‘n’ roll, Chuck Barry and stuff. The first music I really got into was Weezer and pop-rock stuff like that.

What is the creative process like for you? Do you begin with lyrics or music?
Coleman: They come at the same time.
Luke: It’s a pretty quick burst. Often times it will start with a little vibe of music and then we’ll be humming on top of that. Gibberish words and melodies, and then snatch something.

Who are some of your influences (musical or otherwise)?
Coleman: Beck.
Luke: Beach Boys, David Bowie, I really like Prince, Hair. We like to read a lot, too.
Coleman: Art. If there’s a gallery around, you gotta keep us away.

In addition to it being really well received online, Kate Hudson used your latest single “Guru” in an Instagram video — how’d it feel seeing it being broadcast to such a huge audience?
Luke: It was crazy. It was really unexpected and we still don’t really know how it happened.
Coleman: Nobody knows. She doesn’t even know.

You just hopped off a tour with BØRNS and are about to embark your next one with The Wombats. For fans that haven’t seen you, what should they expect from your show?
Coleman: Better. Every. Time. We’re trying to be outstanding in our field, like a farmer. *laughs*
Luke: Yeah, we kinda want to break up the band experience a little bit. Not just like, ‘We’re here performing for you’ but more of a ‘We’re here, let’s see you. Let’s have a dialogue.'” There’s room for spontaneity.

Did you always want to go into music? Were there any other jobs you dreamt of?
Luke: At first I wanted to be a film director but I realized it took too many people to pull off a film and music is more manageable.

Who would you hope to collaborate with one day?
Luke: Pharrell.
Coleman: Every one, I don’t know.
Luke: Literally everyone?
Coleman: Well, everyone cool.
Luke: Who’s cool?
Coleman: After touring with BØRNS, I think that’d be really fun. I could see that. Janet Jackson?
EUPH.: Hi-five and a fist bump?
Luke: No fist bump, just a hi-five.

What is next for you guys?
Luke: Lots of stuff.
Coleman: More touring through the fall. Hopefully getting out of the US. Music, new releases coming soon. An album, maybe?
Luke: We’re trying to be flexible with our releases.

EUPH.: Do you feel it’s better to release full-length albums? Or song-by-song?
Coleman: The song game has been fun. There’s always room to release an album at one point, but it’s always fun to give people tastes and tease them at what the full sound is because nobody knows what our sound is, except us.
Luke: We also have 1 or 2 music videos in the works that may see the light.

If you had the celebrity power of Kanye West, what would be on your rider?
Luke: Wow… wow.
Coleman: I would have a Coast Modern cover band in case we weren’t feeling it that night.
Luke: I think I would do a hot tub backstage, or a float tank. Have you ever been in a float tank?
EUPH.: No, what is that?
Luke: It’s like a water that has a saline content percentage that’s floating on top of it, and the water’s the same temperature as your body and you have ear plugs plugged in and it’s pitch black so you feel like you’re floating in your mother’s womb. It’s insane.

If you could only eat one kind of food for a whole month, what would it be?
Coleman: Daaaang.
Both: Sushi. *both look at each other*
Luke: Write “they said it at the exact damn time!”
*jump kick hi-five* 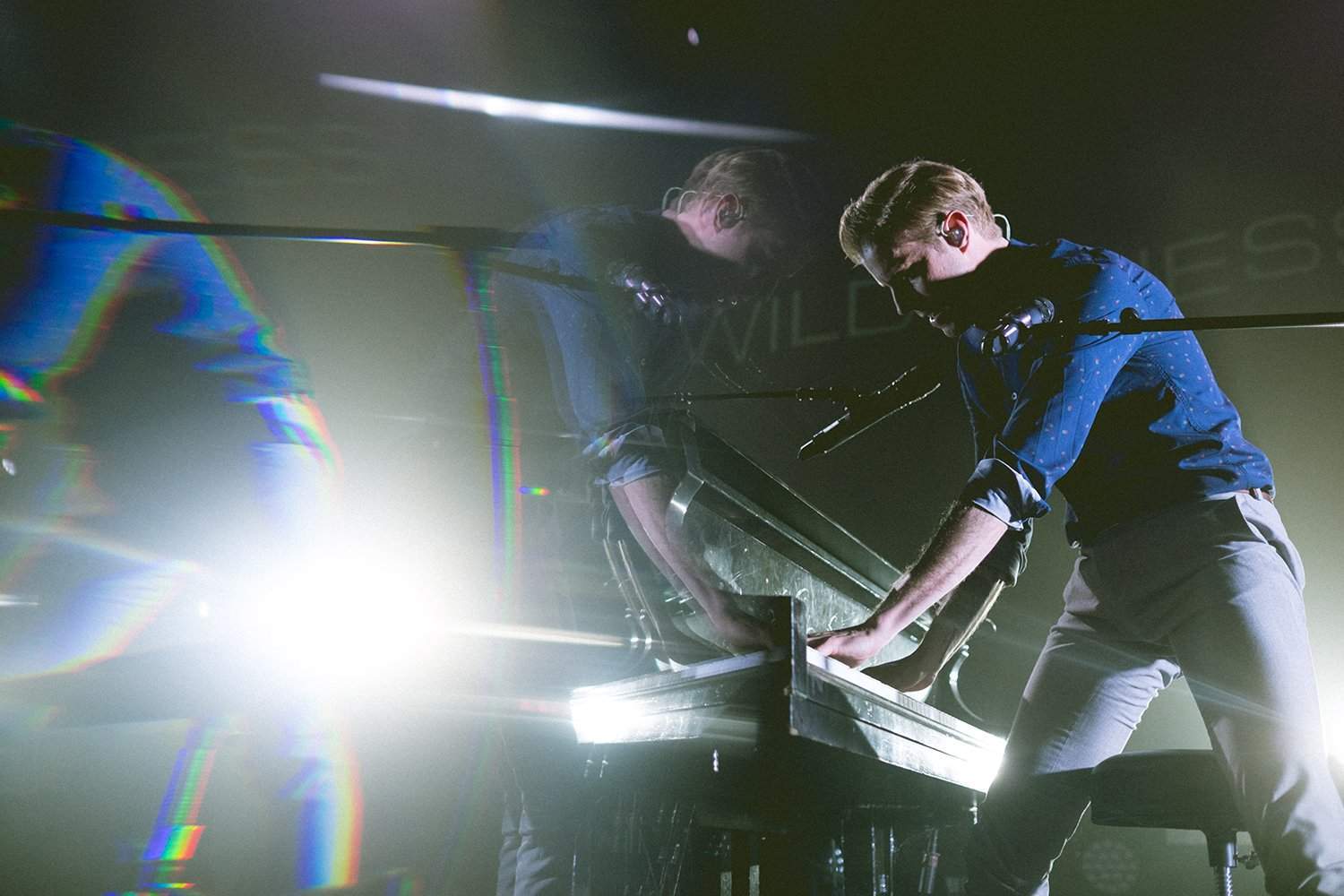 Andrew McMahon in the Wilderness – Emo’s