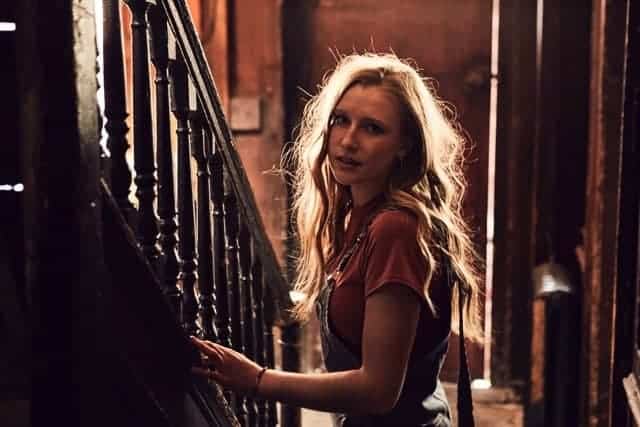 We caught up with beguiling singer-songwriter Billie Marten to find out how things started, her experiences of festivals before a summer full of them and just what the talented youngster’s deal with alpacas is.

When did you start playing and writing songs?

My Dad taught me four chords on a crappy pink guitar that he got for me when I was about 7/8. I just wanted to join in with him and my older brother because they both played and I was super jealous. Writing songs came a bit later; I think the first one was at 9 (it was God awful).

Who are your influences?

Everything in my parents’ record collection really; Kate Bush, John Martyn, Joni, Loudon Wainwright, Brian Eno, Joan Armatrading, Jeff Buckley, you know; those awe-inspiring humans that everyone wishes they were like.

Is there anyone you’d hope to collaborate with some day?

Most of them are dead sadly.  I guess people completely removed from my bubble – experimental geniuses like James Blake, Jon Hopkins, Sigur Ros, people like that. Also Kendrick would definitely be an experience to remember.

Did you always want to go into music? Were there any other jobs you dreamt of when you were younger?

I never dreamt of being in music, I quite fancy being a cobbler or a mechanic someday, or I’ve always wanted to make soundtracks for films.

You signed a record deal with Chess Club at the very start of last year. How has it affected your teenage years?

It’s affected me only in the way that it would affect anyone I guess. It’s something you must get used to, and that does take time (no matter how comfortable you pretend to be with it) but I do remember signing and the next day having to sit an exam in the hall – that was a bit mad.

You were picked up by both Apple Music and BBC Sound for “up and coming” in 2016, how was that?

Having played at festivals and with more lined up this summer, did you have any experiences of festivals before playing at them?

Only tiny local beer festivals or ones I used to go to with my mum back in the day. But my first ‘proper’ one was Leeds/ Reading 2014, where I did the BBC Introducing stage and that’s when I first understood how incredible music festivals are.

I was completely terrified really, it was something you can’t ever predict and it could have gone terribly, but thanks to Lucy and Jake and everybody there, it made the days a whole lot better. You realise that a gig is just a gig, and it can be as controlled as you want it to be. Touring really helped me with my nerves – because gigs are situations I find incredibly difficult. So for that, I’m thankful.

If you ultimate celeb-royalty power, what would be on your rider?

Hard to put myself in that frame of mind… but if I had to it’d probably be something stupid like a jar of sand from my summers in Morocco or a framed picture of all my yachts and houses. Or maybe some tartan paint.

But I do love a good raspberry.

What was your last Google search?

I was searching capos to buy for this rehearsal I’m about to go into actually ha. I’m barely a musician so I’m useless like that and don’t remember anything I need except the guitar. Even then I’ve left that at home sometimes!

What’s your deal with alpacas?

I so regret putting the alpacas on the Internet!! I just love them. For my birthday once I got a day of walking them, and it was GREAT. I hope to get a few someday. I like them because they make very strange noises, and I found they only let you stroke their necks. I’ll stop talking about them now.

Billie Marten most recently released her “Milk & Honey” single alongside the Japanese-inspired video and will be appearing at numerous festivals this summer before a string of headline dates in October. All listings can be found here.