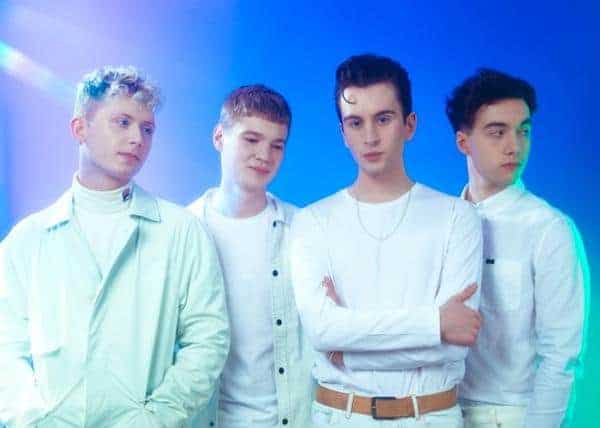 It was previously tough to think how the distinctly urban landscape of their native West Yorkshire city ever inspired such a tremendously vibrant track jam-packed full of tropical melodies and an astonishingly catchy chorus you’ll have stuck in your head for days.

But now, thanks to some complex and utterly convincing computer trickery we’ll never quite fathom, the audience can view the quintet in a setting befitting of the track’s blissful, intoxicating feel. Apparently on a tropical beach in a far-flung destination like Hawaii, the band appear to be joined by an unsettlingly stock-footage-worthy couple playing volleyball as they perform the lung-bursting “Waterfall” among rustling palm trees with the sand between their feet.

One of frontman Jared’s favorite songs to play live, he explained: “Waterfall is all about the emotions you face in the situations where you feel you could drown but simultaneously the ultimate feeling of resolution you gain from not letting those fears control you. The moment you dive in head first and don’t allow the fear to succumb you.” Appropriate then that the video switches to the band continuing to play under the sea, unnerved by the prospect of drowning. As for the rest of the video – I can’t really describe it other than a pertinent kaleidoscope of color, sound and ecstasy.