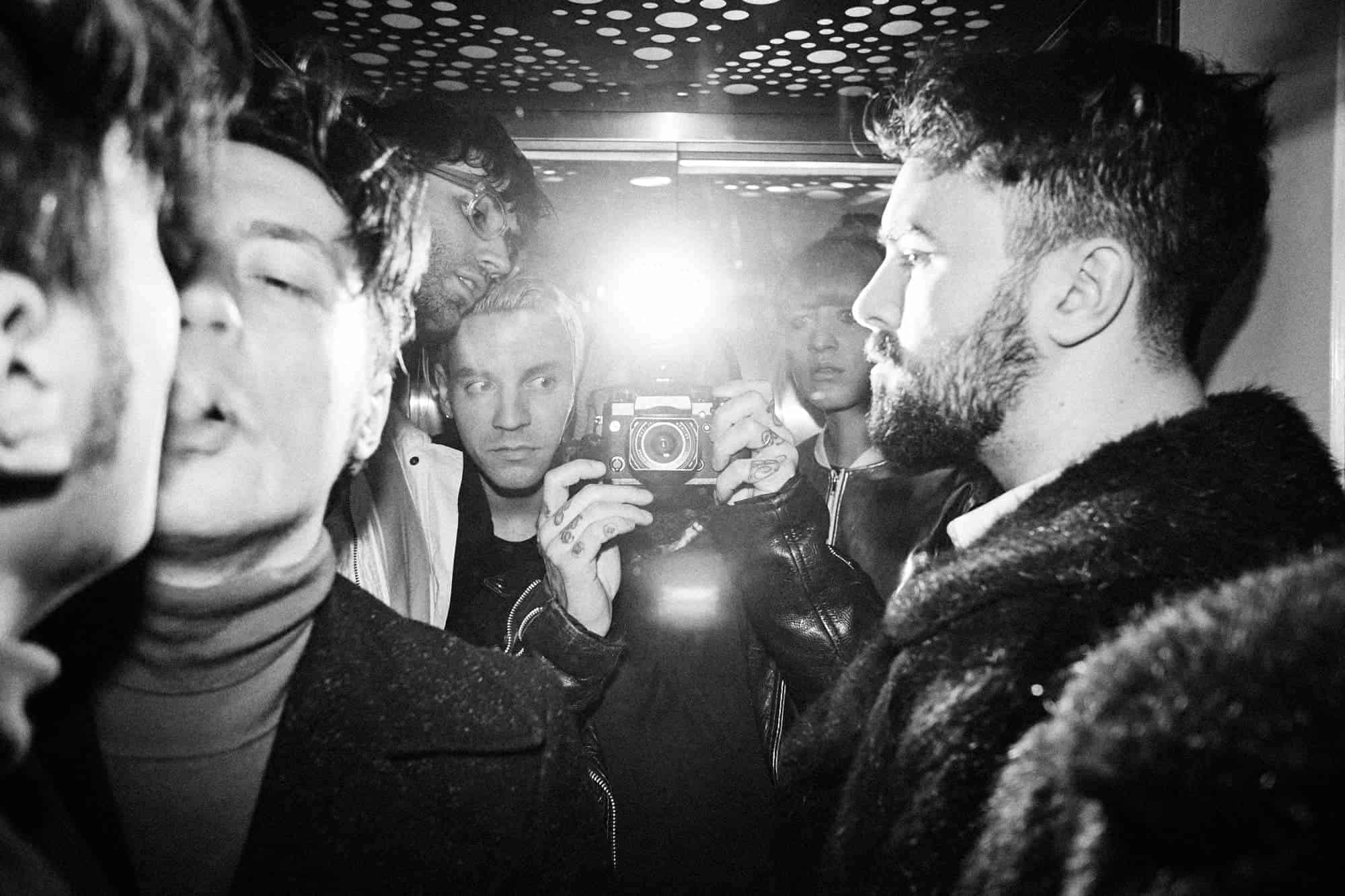 Glasgow art poppers and synth rockers WHITE show no signs of letting up with the release of fourth single “Fight The Feeling.”

Their claustrophobic indie-disco rock showcased in earlier singles “Future Pleasures,” “Blush” and “Living Fiction” has created a lot of buzz . It is simply sublime in the most raucous kind of way and has bowled us over here at EUPHORIA. since they dropped their debut single back in July last year. New single “Fight The Feeling” showcases the same kaleidoscopic energy that has dazzled and excited listeners and kept them on the radar of many in the industry.

Leo Condie (Vocals), Hamish Fingland (Guitar), Chris Potter (Guitar), Lewis Andrew (Bass) and Kirstin Lynn (Drums) have manage to land in a sweet spot that delivers a great sense of nostalgia, sounding assuredly 80s at times, while simultaneously sounds progressive with a confident indie-rock spine – WHITE cite fellow Glasweigans Franz Ferdinand as a strong influence. It all makes for a rich, saturated blend of screeching guitars with a funky bop, mesmerising synths, bellowing vocals and a modest percussion line that keeps everything ticking over nicely. This latest offering provides a soundtrack to kick-start summer with the quintet heading out on a co-headline tour with citymates Baby Strange before hitting up the festivals later this summer. Having gained a reputation for relentlessly explosive onstage antics, WHITE are a band not to pass up seeing.