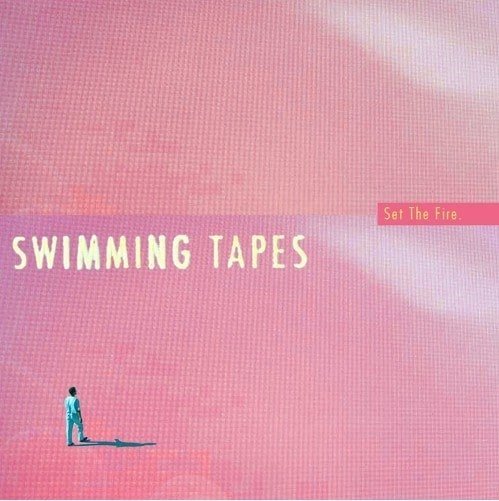 ‘Set The Fire,’ the exciting new track from London-based dream-poppers Swimming Tapes, is quintessential driving music. It made me want to cruise down Highway 1, ocean spray streaming in through the open windows.

Their debut single, ‘Souvenirs,’ released in March through Hand in Hive record label, had a similar airy quality but with an undercurrent of melancholy. ‘Set the Fire,’ in contrast, starts off upbeat, with steady percussion propelling the ethereal, highly textured guitar driven track with a laid back vocals reminiscent of Lord Huron.

This track portends well for the five piece band consisting of Robbie Reid, Jason Hawthorne, Louis Price, Paddy Conn, Andrew Evans, who recently performed at a Brighton showcase for Hand in Hive. You could say that this has the potential to be spark that will set the fire.