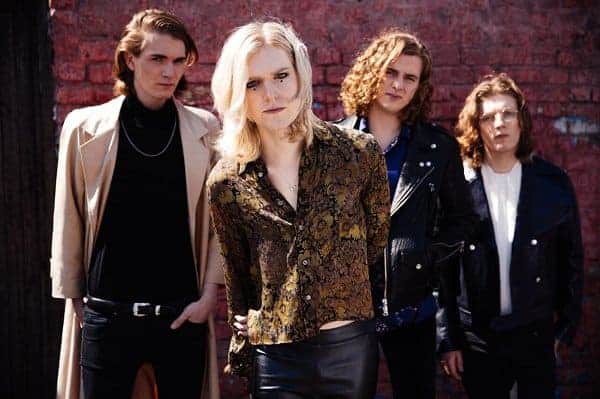 Having originally appeared on the band’s debut EP early last year, the driving rock number is now out as a single via Chess Club/RCA. “Loveblood” oozes energy with its almost psychedelic swirling guitars, lively percussion and a conquering display from vocalist Oscar Lulu who had this to say about the track: “The song is about fate, love and tragedy. A kind of Romeo and Juliet inspired thing. It’s also inspired by Oscar Wilde’s short story Lord Arthur Savile’s Crime. Mysteries of the unexplained is something that has a huge appeal for me.”

The band will no doubt receive a large amount of industry attention both in print and on radio in the run up to festival season as the band have a plethora of dates scheduled at Dot To Dot, 110 Above, Glastonbury, Blissfields, Truck Festival, Secret Garden Party, Tramlines, Bluedot, Y Not, Kendal Calling, Forgotten Fields, Summer Well, Electric Fields, Reading and Leeds, and LodeStar.

The track will feature on the quartet’s as-yet-unnamed debut album tipped for release after summer.