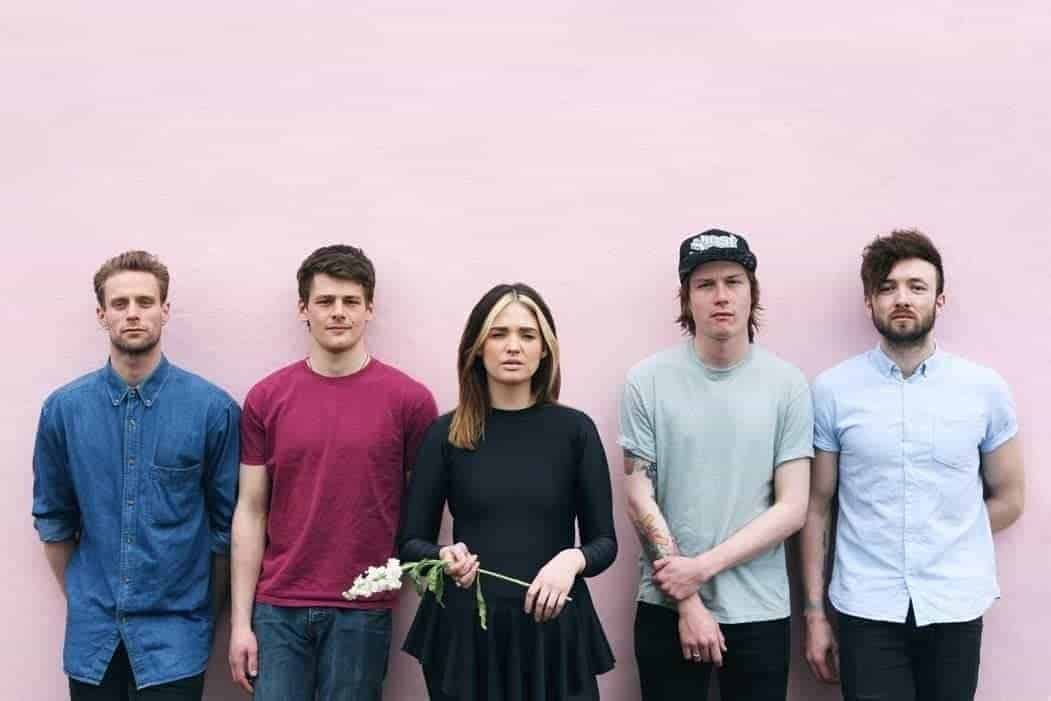 Our favorite indie-pop newcomers are back! I first picked out Saltwater Sun when they dropped veritable hookworm “Making Eyes” back in September and I make no apologies for how often I’m beginning to feature them. Their bright and breezy brand of guitar pop makes for easy and enjoyable listening. And it’s not just me that thinks that with recurrent success on Hype Machine.

Following on from the release of debut EP, Wild, at the back end of last year, the Reading-based quintet have returned with new single “Now Or Never” and it’s just a spectacular if not better than before. Once again led by keyboardist and original-backup-singer-turned-lead-vocalist Jenn Stearnes’ juvenile stylings, the track starts in rather humble fashion compared to the explosive chorus. Typically tight, snappy and infectious, “Now Or Never” is the first taste of forthcoming sophomore EP FLAWED due for release later this year.

Saltwater Sun have a few live dates booked with two slots at this weekend’s The Great Escape Festival in Brighton (May 20th at The Mucky Duck and 21st at Synergy Centre) before appearing at London’s Field Day on June 12th.