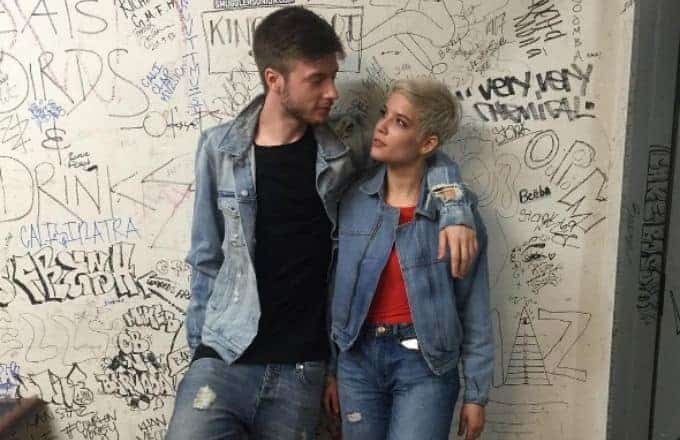 21-year-old New Jersey native Ashley Frangipane, better known as Halsey, has come a long way from her independent posts on Soundcloud. The blue-haired wonder lived the better part of her vibrant teen years on Halsey Street in Brooklyn, New York, the non-coincidental inspiration for the anagram of her first name that now functions as her stage name. The biography section on her website reads, “I will never be anything but honest.” It’s comforting to know that this holds to be true considering Halsey is openly and proudly bisexual as she simultaneously wears her heart on her sleeve by letting her fans know matter-of-factly that she has been diagnosed with bipolar disorder.

Following her latest, explosive full-length album Badlands which features hits such as “Ghost” and “New Americana,” Halsey has released a new single, “Tokyo Narita (Freestyle).” The track features a collaboration with exceptional Norwegian producer Lido.  This song, however, is not Halsey’s first run-in with Lido. Not only is he the executive producer of Badlands, but also Halsey’s ex-boyfriend. Closely listening to “Tokyo Narita” reveals that the song was written about the relationship. Halsey makes a direct reference to the nature of their relationship surrounding the release of Lido’s song “Crazy.” She sings, “and in those weeks you fuckin’ lost it cause you just wrote ‘Crazy’. It seems like you never listen and I hate you lately.”

“Tokyo Narita” presents dainty, pleasant, and almost heavenly instrumentals as Halsey sings poetically over them. The vocals have a rhythm to them while the instrumentals seem to wind slowly and freely down their own path. One would expect the song to sound arhythmic and haphazard, but the blend is soothing to the ear. It feels as though Halsey is free-associating over a track that conveniently happens to be there or as though she is leading a guided meditation. The hint of haziness that characterizes the track pairs excellently with the fact that the song is about a memory that Halsey is choosing to reflect upon at a later time.