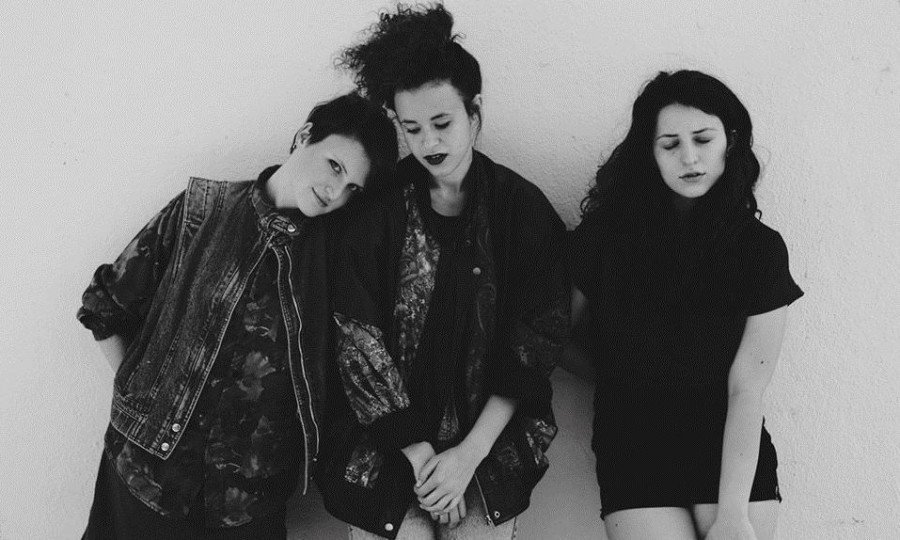 “ So if I feel real good tonight, I’m gonna put it high on the loudspeaker.”

Dark pop princesses, MUNA, hail from sunny Los Angeles and have made their arrival into the musical kingdom with their spankin’ new EP, The Loudspeaker. The trio is consisted of Katie Gavin (lead vocals and production), Josette Maskin (lead guitar), and Naomi McPherson (rhythm guitar and additional production). Although the trio are fresh out of college , they are definitely not to be underestimated.

MUNA’s The Loudspeaker EP is fun, feel good, hopeful, and heartbreaking stuff. Initially, their new record sounded like a mixture of Haim, The 1975, and a little bit of Tegan and Sara—all some of my favorites; however, a few of MUNA’s big influences date back to the 70s and 80s. New listeners and fans can hear the 70s/80s tributed sounds in The Loudspeaker—some of MUNA’s favorite inspirations being the late Prince and David Bowie. I really enjoyed the EP as a whole, but the two tracks that really stood out to me were “Loudspeaker” and “Winterbreak.” “Loudspeaker” was a great tune to start off the EP with as it was fun and funky. The harmonies in “Winterbreak,” although, immediately brought me back to Imogen Heap’s iconic song “Hide and Seek”—a very nostalgic feeling to hear those harmonies. Not too long ago, the girls released a music video for “Winterbreak,” which gained great traction and attention towards them. This is just the beginning for MUNA, which means that there are high expectations for their debut album.

The trio has a consistent sound throughout the record, yet the audience can hear slight differences in each song as they sing about deeper and more serious themes like forgiveness, humility, insecurity, anger, and unapologetic-ness about having your own fun. As I continued to sample the EP, I found myself wanting more. Their song “Promise” left me on a cliffhanger, and although I know that the girls of MUNA just released their EP, I hope that their full length debut album comes out soon because I’m eagerly awaiting what comes next on their series of musical adventure. If you’re into MUNA as much as I am, The Loudspeaker is available on iTunes, Amazon, Google Play, and Spotify.