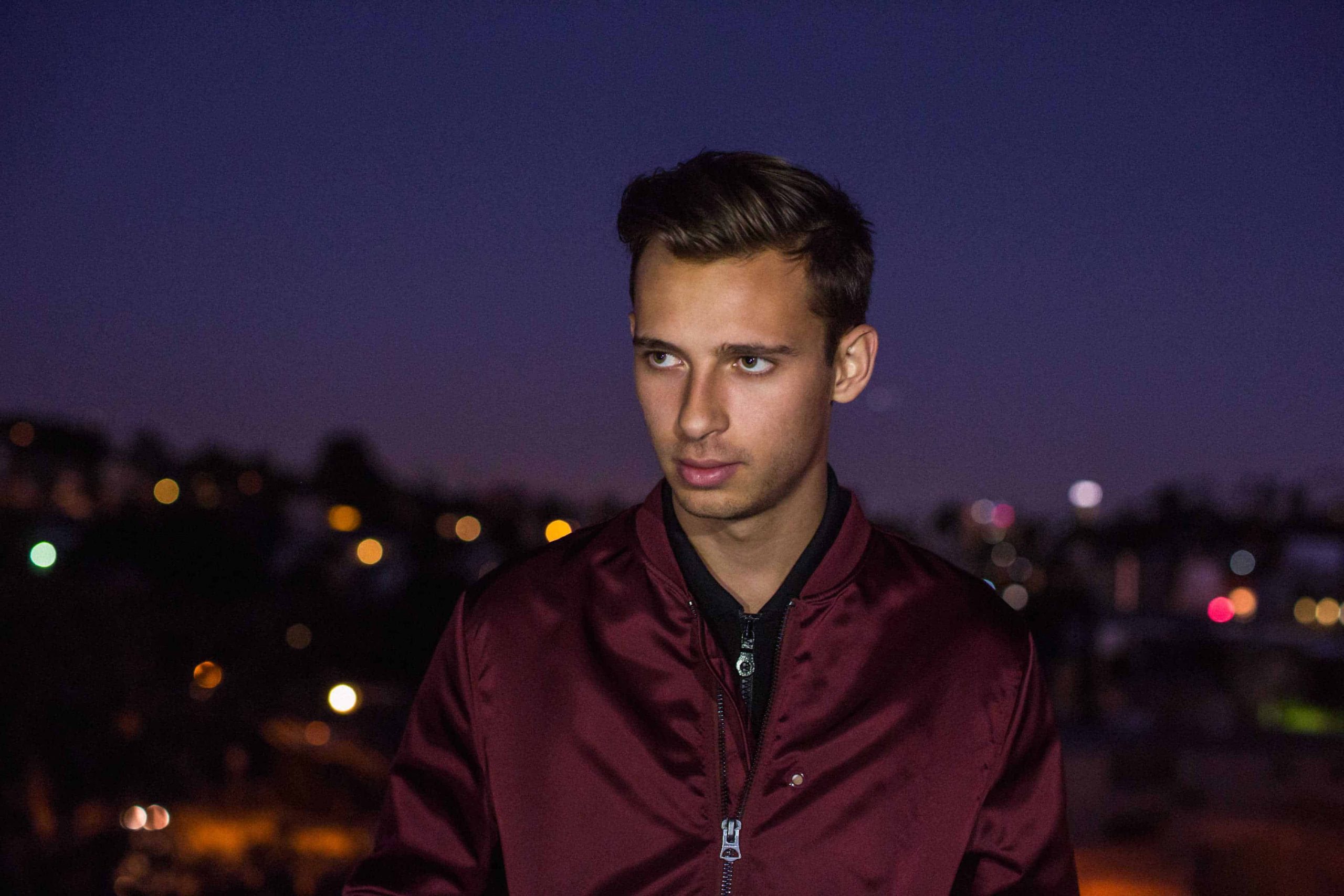 It goes without saying that 24-year-old Harley Edward Streten, better known as Flume, has become a household name in the world of electronic music. He has kept his fans at the edge of their seats with the promise of his second full length album, Skin. Released in full today, this album is a testament to how it’s near impossible to listen to Flume and not instantly feel uplifted by the warm sounds and foot-tapping grooves. Flume has previously experimented with the brooding voice of Chet Faker and hard-hitting rap from T-Shirt and Freddie Gibbs. It seems as though Skin is his continuation this experimentation in order to add a more human and relatable aspect to the electronic music he produces, a genre usually critiqued for its supposed lack of these qualities.

He initially previewed the album by releasing “Never Be Like You” featuring Canadian songstress Kai. Here, the listener instantly feels the soulfulness that sets Flume’s music apart from all the rest. The lyricism shines through within the very first line of the song: “What I would do to take away/This fear of being loved, allegiance to the pain”. It’s ability to reel you in and keep you singing along with all your heart made it an excellent single to up the excitement surrounding this release.

Though songful lyrics sung over Flume production are always enjoyable, there is an especially delightful quality behind the fruits of Flume’s collaborations with different hip-hop artists. Skin features appearances from Chicago’s own Vic Mensa and Long Beach, California’s Vince Staples. Mensa asserts in “Lose It”, “But there’s no compromising, it’s my way or the highway,” while Staples proclaims in “Smoke and Retribution”, “Nah, I ain’t scared of six feet/Cause I ain’t scared to be free.” The track “You Know” featuring Allan Kingdom and Raekwon is a blissful combination of passionate song and hip-hop verses that tell a vivid story.  “As I poured the gasoline, I thought about my little niece/I know she love him, but he a snail.”

Nevertheless, Skin does feature some purely instrumental pieces. The opening track “Helix” sounds like an invitation for the listener to embark on a journey unlike any other. The sixth track, “Wall Fuck,” is vastly different. It’s unusually dark yet funky bass line sounds like it belongs in an underground rave, making it one of the more unique songs on the track list. “When Everything Was New” makes the listener feel as though they have stumbled into a new world, viewing everything for the first time with the same vibrance and wide-eyed awe of a child.

Skin closes off with “Tiny Cities” featuring Grammy winning artist Beck. The track is more of the feel good, out-of-the-box music that Flume is famous for. Over a swelling, fairy-like track, Beck sings, “Thinking I’ll fall every time I wanna try to let her go / It’s never easy when you think you’re in control.”