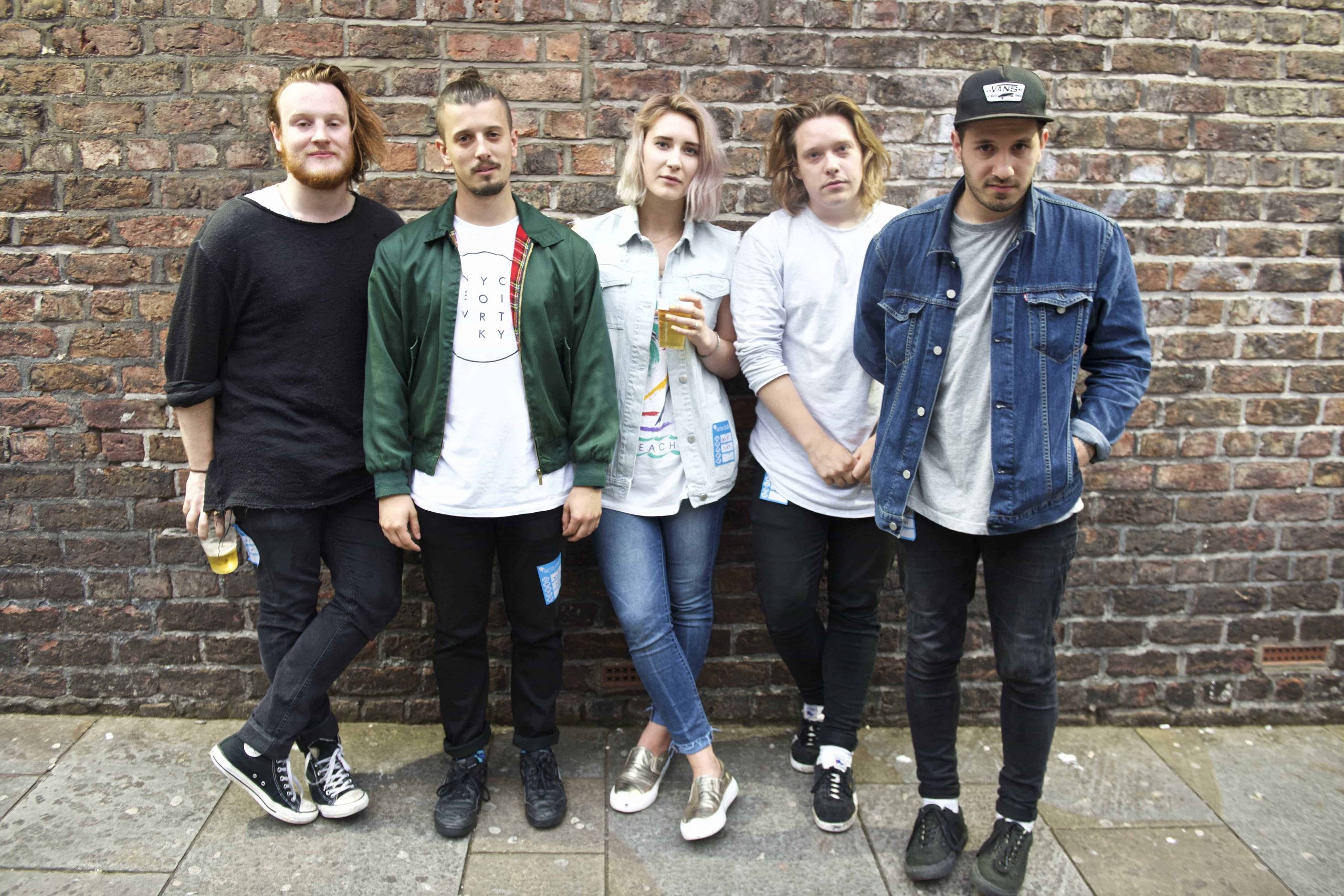 Sade Spence·
INTERVIEWS
·May 9, 2016
Share
We had a quick chat with Natti from Fickle Friends about their name, musical influences and… Michael Jackson?
Check out the full interview below.
When and how did you all come to form Fickle Friends?
We were all just at uni and started performing together….the music was….not great. But we were just kinda messing around for a bit. Then stuff kicked off when we wrote “SWIM” 2 years ago. The rest is history.
Your music is a bright & fun new wave sound, which contrasts the often negative connotation of the world “fickle,” why name yourselves Fickle Friends?
Ha there really isn’t a good story to that. It’s more of an ironic thing. We’re actually all mad good friends.
How does the name tie into your music and sound?
I guess it’s similar in that fact that most of our music is pretty up beat but with dark twisted lyrical undertones. We love a good juxtaposition.
When it comes to music, what is the creative process for your guys? Do you write collectively? Do you start with lyrics or music?
Our normal process is just a couple of us coming up with a vibe or a drum loop or something which I hum a melody over or put lyrics too. It’s very natural. We then take a completed demo to a rehearsal room to work into our live set. That’s when stuff really comes to life.
Who are all of your musical influences?
We have so many, but what influenced Fickle Friends from the beginning were bands like Pheonix, Two Door Cinema Club, Bombay Bicycle Club…that kinda thing. And then of course our enormous love of MJ and 80’s pop production. It’s all pretty eclectic.
“SWIM” was released 2 years ago, but has been re-released on SoundCloud and Spotify in early April, tell us why the re-release, what has changed?
We recently signed to a major label and it just felt like the logical step. We never gave “SWIM” the big release it maybe deserved, We just threw it online and it got some buzz. This way we got to make a video and push it to radio. Hopefully a lot more people will hear it. The song means a lot to us.
What song do you wish you’d written?
Erm….everything by Michael Jackson.
If you could only eat one food for a month, which would it be?
Well I can only speak for myself (and I’m vegan) so probably avocados. I’m bananas for avocados…..and bananas. Can I pick two?
What was your last Google search?
American Psycho….shouldn’t admit that I stream movies but I did. Cos it’s a killer film. (geddit?)
What is next for you guys?
ALBUM! and festivals. It’s gunna be a busy old summer/year. Best job in the world isn’t it!
Start typing to see results or hit ESC to close
new music music interviews Interviews interview music video
See all results